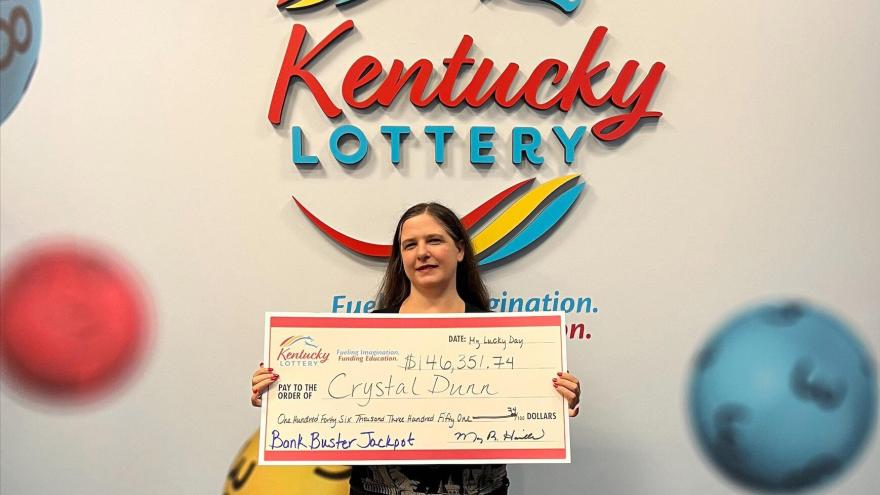 Crystal Dunn of Louisville made a $20 wager playing the Bank Buster Jackpot Instant Play game online and ultimately won $146,351, according to the Kentucky Lottery.

(CNN) -- When this Kentucky woman won the lottery, she wasn't the only one who benefited.

Crystal Dunn won $146,351.74 seconds after making a $20 Instant Play wager, according to a Thursday news release from the Kentucky Lottery.

"I never thought I would win something like this, but this goes to show it can happen," she said, according to the release.

After picking up and depositing her check on July 8, Dunn's next stop was Meijer, a supermarket chain, where she bought $2,000 in gift cards.

And then she started handing them out to strangers in the store.

"A few were taken back, thinking I was wanting something in return," Dunn said, according to the release.

But Dunn said she got a "gift" and believes "in paying it forward and I wanted to pass it along."

She added: "I've worked hard for everything I've had. This is a pretty amazing gift."

Dunn said she plans to use the rest of her winnings to buy a car and pay off her bills.