This is what Starbucks' 25th anniversary holiday cups look like 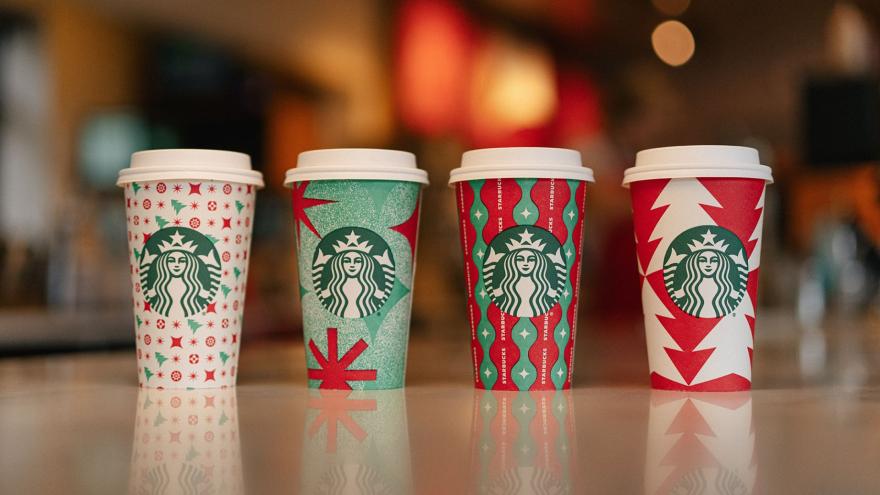 (CNN) -- This year marks the 25th anniversary of Starbucks' holiday cups, an annual tradition that unofficially rings in the season for the chain's fervent fans.

Beginning Thursday, customers will have their hot drinks served in one of four new festive cups with designs that "offer the comforts and cheer of the season," according to a press release. This year's mostly red-and-green cups are inspired by traditional holiday motifs, including wrapping paper, frosted sparkles, ornaments and snow-covered trees.

"We have always talked about the cups as little gifts, and we hope they feel like a festive present to our customers and store partners," Gary Jacobson, Starbucks creative director for this year's holiday cups, said in a press release.

Thursday also marks the arrival of Starbucks' holiday menu. Although new no drinks are being added, the usual cadre are available, including peppermint mocha, caramel brulée latte and a chestnut praline latte. New to the food selection is a sweet treat, a chocolate pistachio swirl roll.

The seasonally themed-cups first rolled out in 1997. The company stirred up controversy in 2015 when it removed some "symbols of the season," such as reindeer and ornaments, and went with a simple two-toned red cup instead. Since then, the chain has added back more festive flourishes, including ornaments and mistletoe, to the holiday cups.

Holiday sales are important for the coffee chain: Last year, revenue grew more than 20% compared to a similar time period the year before, according to the company.

Starbucks is in the midst of rolling out a sweeping plan to spark growth over the next three years, including outfitting stores with new equipment to make it easier for baristas to prepare complicated drinks in seconds and adding more benefits to its rewards program.