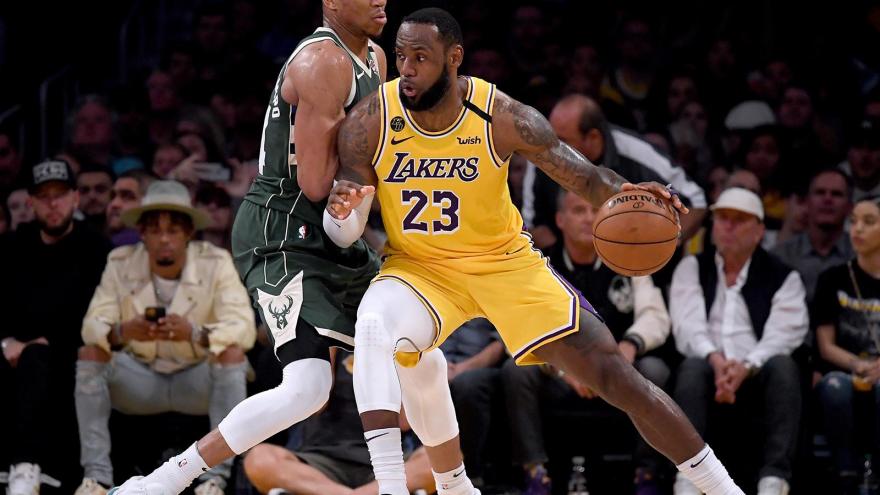 The NBA and the National Basketball Players Association are in talks with The Walt Disney Company about resuming the 2019-2020 season in late July at one of its facilities.

The NBA and the National Basketball Players Association are in talks with The Walt Disney Company about resuming the 2019-2020 season in late July at one of its facilities.

Instead of playing in arenas across the country -- and relying on airplanes and hotels -- they're looking at using Disney's ESPN Wide World of Sports Complex near Orlando, Florida, as a single campus for games, practices and housing, according to NBA spokesman Mike Bass.

Bass called the conversations "exploratory," so nothing is set in stone yet. Disney confirmed the talks in a statement.

Still, it's a glimmer of hope for both players and fans. The NBA should be in the playoffs now, with the season scheduled to conclude in June. But the coronavirus pandemic forced the league to suspend the season in mid-March.

"Our priority continues to be the health and safety of all involved, and we are working with public health experts and government officials on a comprehensive set of guidelines to ensure that appropriate medical protocols and protections are in place," Bass said in a statement.

The PGA Tour is scheduled to resume on June 8, and baseball fans could see MLB come back in July.

Meanwhile, there has been no word on the potential return of the WNBA, which was scheduled to begin on May 15.

Internationally, some leagues have already returned. Germany's top-flight soccer league, the Bundesliga, restarted its season a week ago.

It may not be soccer as we typically know it: There are no fans in attendance, teams spend a week in quarantine before games, and players are regularly tested and travel via multiple buses rather than one. But it could represent a model for the return of live sports in the United States.

A Florida man has been stuck on a ship for 62 days in an Italian port. He's been tested 8 times for coronavirus