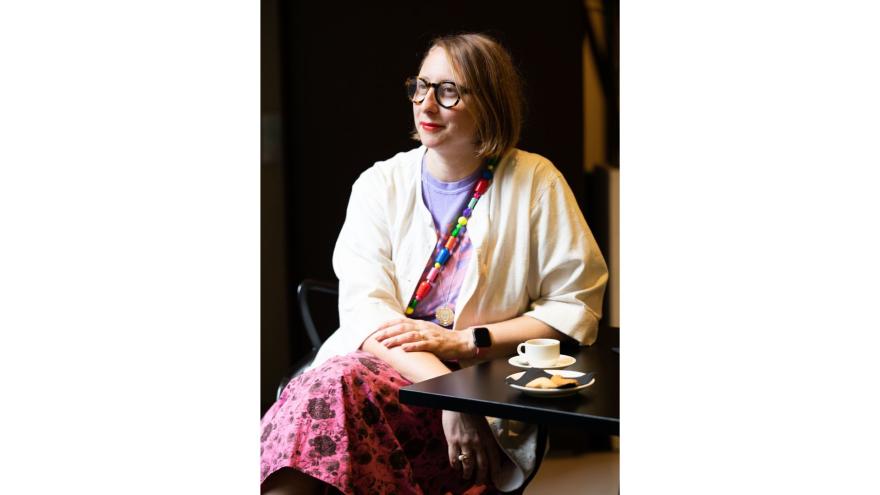 Straub, most known for adult novels like "The Vacationers" and "All Adults Here," was in Houston last week touring her new children's book, "Very Good Hats." But when she landed, Straub was told that the two schools she had been scheduled to visit had canceled her appearances over parents' complaints "about something they had seen on my social media," according to her Substack newsletter post.

While Straub did not specify which posts could have been controversial, she wrote that a Texas school board could find the following objectionable: an abortion fundraiser held by her Brooklyn bookstore Books Are Magic, a post featuring one of her sons in a dress and an "ongoing Melt The Guns fundraiser for Everytown."

Katy Independent School District said the reason for canceling Straub's visits was profanity, particularly the use of the word "f**k," according to a letter sent to parents and staff of two elementary schools in the Houston suburban district.

"The visit was intended to be an opportunity to visit with a children's book author, who wrote Very Many Hats and learn about the writing process," said the letter, which the school district shared with CNN. "However, it has been brought to our attention that this author has regularly used inappropriate and foul language on her social media platforms - specifically repeated use of the "F" word. This type of language, as you know, does not align with our school and community's values."

Straub was unavailable for additional comment, but did write on Twitter that she was "sorry not to be able to read my silly book about hats and imagination to those kids."

"The only F words in the presentation: funny, feline, feelings," she wrote.

In her newsletter, Straub said a reading at a different school had been arranged instead, but she lamented that other writers and books may not be welcome in schools like the ones that opted not to host her.

This isn't the first time Katy ISD has clashed with visiting writers. Jerry Craft, a New York Times bestselling and Newbery-winning author, was scheduled to do a virtual visit by the district in 2021. But the event was postponed, and Craft's books were temporarily pulled off school shelves, after some parents complained his work promoted "critical race theory."