Takeaways from the January 6 hearings day 8 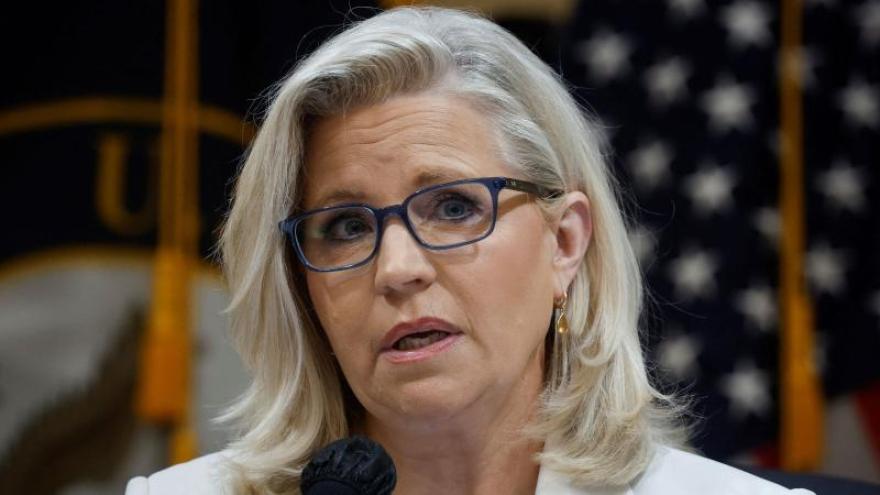 US Rep. Liz Cheney, the committee's vice chairwoman, speaks at the start of Thursday's hearing.

(CNN) -- The January 6 committee, in its final public hearing until the fall, presented damning new evidence Thursday highlighting then-President Donald Trump's three-hour refusal to publicly condemn the unfolding insurrection at the US Capitol or to call off the violent mob.

The primetime session -- the eighth hearing so far this summer -- focused on the "187 minutes" between Trump telling his supporters to march to the Capitol, and when he finally told them to "go home."

Trump chose not to act

The committee used Thursday's hearing to show how former President Donald Trump not only failed to act, but chose not to as he watched the violent assault on the US Capitol unfold.

Several witnesses with first-hand knowledge of what was happening inside the White House on January 6 told the committee that Trump did not place a single call to any of his law enforcement or national security officials as the Capitol attack was unfolding, according to previously unseen video testimony played during Thursday's hearing.

The panel said it "confirmed in numerous interviews with senior law enforcement and military leaders, Vice President Mike Pence's staff, and DC government officials: None of them -- not one -- heard from President Trump that day," Luria said.

The committee used that testimony to make the case that Trump's refusal to intervene amounted to a dereliction of duty.

Former officials who were with Trump as he watched the riot unfold on television, including then-White House counsel Pat Cipollone and Trump's body man Nick Luna, told the committee they had no knowledge of the former President making a single call to the heads of various agencies who could have responded to the violence, including the secretary of defense or attorney general.

Keith Kellogg, Pence's national security adviser who was also with Trump that day, testified that he never heard the former President ask for the National Guard or a law enforcement response.

Kellogg also reaffirmed that he would have been aware if Trump had made such an ask.

Chairman of the Joint Chiefs Gen. Mark Milley told the House select committee that he was astonished by the fact that he never heard from Trump as the Capitol attack was unfolding -- suggesting his failure to act amounted to an abdication of his duties as Commander in Chief, according to previously unseen video from his close-door deposition.

"You know, you're the Commander in Chief. You've got an assault going on on the Capitol of the United States of America and there's nothing? No call? Nothing? Zero?" he said in the clip.

One focus of the select committee's hearing was the presidential actions that were taken on January 6, not by Trump but by Pence.

The committee emphasized how Trump did not try to call law enforcement or military officials on January 6, while Pence -- whose life was endangered by rioters -- "worked the phones" speaking to Milley and then-acting Defense Secretary Chris Miller.

The committee played video of Milley's deposition where he said he had "two or three calls" with Pence.

Luria painted a direct contrast to what Trump did on January 6: "The President did not call the vice president or anyone in the military, federal law enforcement or DC government. Not a single person," she said.

The committee's comparison between Trump and Pence underscores how Trump is still angry with his vice president over January 6. Politically, Pence has gone against Trump in several primaries ahead of a possible 2024 presidential contest. The former vice president has endorsed Republicans who rejected Trump's false claims of fraud, including Georgia Gov. Brian Kemp -- who defeated a Trump-backed primary challenge -- and Arizona Republican Karrin Taylor Robson, who is running in the state's gubernatorial primary against a Republican who has embraced Trump's lies about the election.

The committee, which counts two anti-Trump Republicans as members -- Kinzinger and the committee's vice chairman, Rep. Liz Cheney of Wyoming -- has painted Pence as one of the key officials who stood up to Trump after he lost the 2020 election.

The committee also included in its hearing Thursday a clip of Joe Biden on January 6 condemning the violence -- in what was a subtle nod to Biden acting presidential before in comparison to Trump before he was inaugurated as president.

The January 6 committee on Thursday provided new evidence to back up the explosive testimony of former White House aide Cassidy Hutchinson, who publicly described Trump's angry interactions with his Secret Service detail after Trump was told he could not go to the Capitol.

Luria said the committee had information from two additional sources to partially corroborate Hutchinson's testimony that Trump lunged at his Secret Service detail. One of the witnesses, Luria said, "is a former White House employee with national security responsibilities."

While the individual was not named, Luria said that the official testified that Tony Ornato, then-Trump White House deputy chief of staff and a current member of the Secret Service, told him the same story that Hutchinson testified Ornato had told her -- that Trump was "irate" when Robert Engel, the Secret Service agent in charge on January 6, 2021, would not take him to the Capitol.

The second witness was retired Washington, DC police Sgt. Mark Robinson, who was in Trump's motorcade that day. Robinson testified that the Secret Service agent responsible for the motorcade had said that Trump had a "heated" discussion with his detail about going to the Capitol.

Robinson added that he had been in "over 100" motorcades with Trump and had never heard of that type of exchange before January 6.

Hutchinson's testimony about Trump lunging at his Secret Service detail has become a key point that Trump's allies have tried to use to discredit the investigation.

While the detail about Trump lunging toward a Secret Service agent was just one snippet of Hutchinson's testimony, the pushback likely contributed to the committee's decision to add additional testimony backing up her account during Thursday's hearing. Luria noted that the committee expected to receive more testimony in the coming weeks about the interaction.

Secret Service in the spotlight

Thursday's hearing came after a whirlwind week for the US Secret Service. The Department of Homeland Security inspector general who conducts oversight of the agency publicly accused the Secret Service of deleting text messages from January 5 and 6, 2021, which are critical to multiple inquiries about the insurrection. That inspector general probe is now a criminal investigation, CNN has reported.

(The Secret Service denies maliciously deleting anything, says any missing messages were lost during a routine phone replacement program, and says it is cooperating with all ongoing inquiries.)

As mentioned, the hearing featured testimony from an unnamed White House security official and a DC police sergeant who provided more context on the Secret Service's activities. And Luria said some Secret Service witnesses have recently lawyered up, and that the committee expects "further testimony under oath and other new information in the coming weeks."

Any additional cooperation from Secret Service officials could help the committee figure out what happened with the potentially missing text messages, which has emerged over the last few days as a key flashpoint in the investigation, with lawmakers increasingly upset at the agency.

Public hearings to resume in September

The committee will take a summer break in August and resume public hearings in September.

Lawmakers have said their investigation is ongoing. Earlier in the hearing, Rep. Bennie Thompson, the committee chairman, said "we continue to receive new information every day."

The panel has conducted eight public hearings so far, and has seen impressive TV ratings while presenting substantial amounts of damaging new information about Trump and January 6. The next wave of hearings in September will come during the final stretch of the midterm campaign.

Committee members have said they intend to issue an interim report around that time as well.