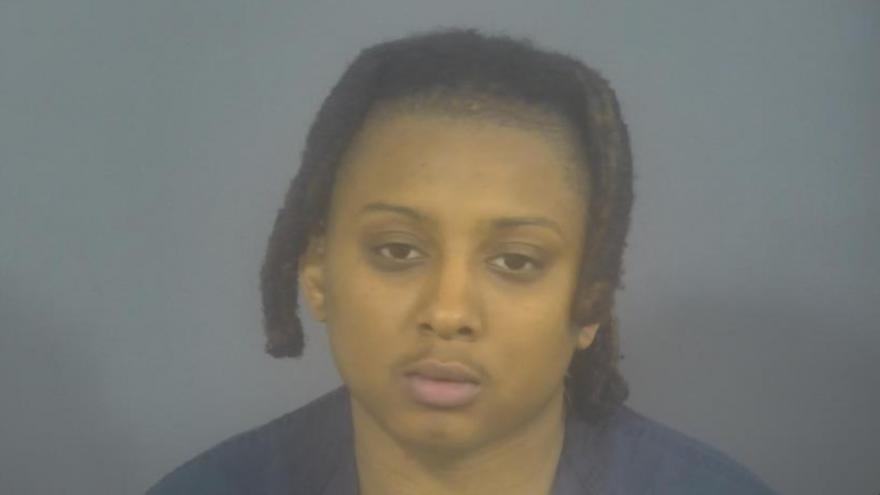 At 4:20 a.m. on June 20, 41-year-old Edwards and a friend were at a convenience store at the corner of Olive Street and Elwood Avenue.

Edwards and his friend were sitting in Edwards’ car in front of the store at the same time a red Ford car pulled up to the store.

The driver of the car went into the store.

Edwards’ friend tried to talk to the front seat passenger of the Ford, identified as 21-year-old McKelry.

As the driver of the Ford exited the store, a minute or two after entering the store, McKelry began to reach for her handgun in her waistband, court documents said.

Edwards’ friend got out of the passenger side of Edwards’ car, still trying to talk to McKelry.

McKelry pulled her hood up and as the Ford began backing out, McKelry fired a shot out her window over the top of the Ford towards Edwards’ friend, according to court documents.

The Ford then drove away.

Edwards’ friend ran to Edwards and saw that he had a head wound and was unresponsive.

Police arrived on scene and gave emergency care to Edwards.

Edwards was then taken to a hospital where he was subsequently pronounced dead.

An autopsy determined that Edwards died of a gunshot wound, court documents said.

Police spoke to the driver of the Ford and Edwards’ friend, who explained the events on the surveillance video and identified McKelry as the shooter, according to the probable cause affidavit.

McKelry contacted the state via her attorney and surrendered herself without incident.

McKelry also has outstanding warrants out of Cook County, Illinois for revocation for probation, according to the probable cause affidavit.

Investigators are still looking for a white female and a Chrysler Aspen in connection with the incident.

If you have any information please contact the St. Joseph County Metro Homicide Unit at 574-235-5009 or Michiana Crime Stoppers at 574-288-STOP.