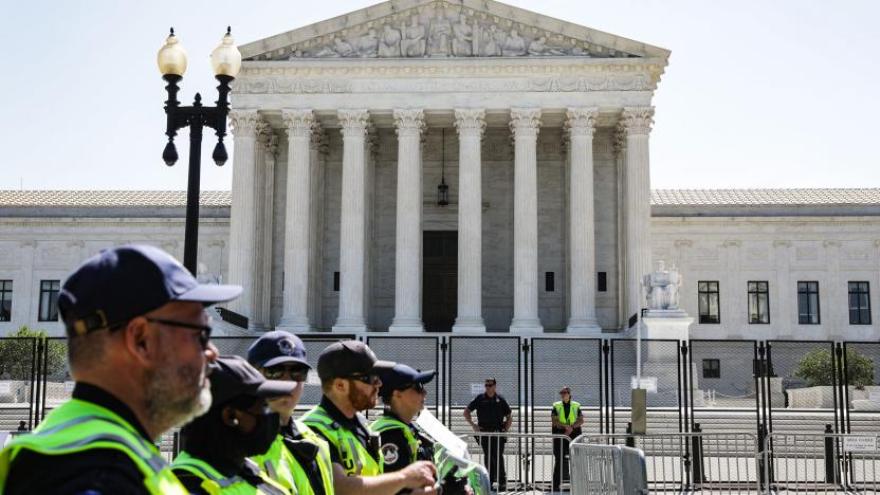 The Supreme Court said on June 21 that Maine cannot exclude religious schools from a tuition assistance program that allows parents to use vouchers to send their children to public or private schools.

(CNN) -- The Supreme Court said Tuesday that Maine cannot exclude religious schools from a tuition assistance program that allows parents to use vouchers to send their children to public or private schools.

The 6-3 ruling is the latest move by the conservative court to expand religious liberty rights and bring more religion into public life, a trend bolstered by the addition of three of former President Donald Trump's nominees.

"Maine's 'nonsectarian' requirement for its otherwise generally available tuition assistance payments violates the Free Exercise Clause of the First Amendment," Chief Justice John Roberts wrote for the majority. "Regardless of how the benefit and restriction are described, the program operates to identify and exclude otherwise eligible schools on the basis of their religious exercise."

It is a loss for critics who say the decision will amount to a further erosion of the separation between church and state. Although only one other state, Vermont, has a similar program, the court's ruling could inspire other states to pass similar programs.

"Although framed as a school-choice ruling, it's hard to see how this won't have implications for a far wider range of state benefit programs -- putting government in the awkward position of having to choose between directly funding religious activity or not providing funding at all," Vladeck said.

Writing a dissent joined by Justice Elena Kagan and in part by Justice Sonia Sotomayor, Justice Stephen Breyer said the court had "never previously held what the Court holds today, namely, that a State must (not may) use state funds to pay for religious education as part of a tuition program designed to ensure the provision of free statewide public school education."

Responding to Breyer's emphasis on "government neutrality," Roberts wrote that "there is nothing neutral about Maine's program."

"The state" he said, "pays for tuition for certain students at private schools -- so long as they are not religious."

"That is discrimination against religion," Roberts said.

"Maine's administration of that benefit is subject to the free exercise principles governing any such public benefit program — including the prohibition on denying the benefit based on a recipient's religious exercise," he added.

Sotomayor, in a dissent of her own, put Tuesday's ruling in context with the court's other recent moves to expand religious liberty, while accusing the court of dismantling "the wall of separation between church and state that the Framers fought to build."

The majority, she wrote, did this by "embracing arguments from prior separate writings and ignoring decades of precedent affording governments flexibility in navigating the tension between the Religion Clauses."

"As a result, in just a few years, the Court has upended constitutional doctrine, shifting from a rule that permits States to decline to fund religious organizations to one that requires States in many circumstances to subsidize religious indoctrination with taxpayer dollars," Sotomayor said.

Religious conservatives and organizations praised the ruling, including the Union of Orthodox Jewish Congregations of America, which filed a brief in the case.

"We are thrilled that the Court affirmed once again that religious discrimination will not be tolerated in this country," Shackleford said in a statement. "Parents in Maine, and all over the country, can now choose the best education for their kids without fearing retribution from the government."