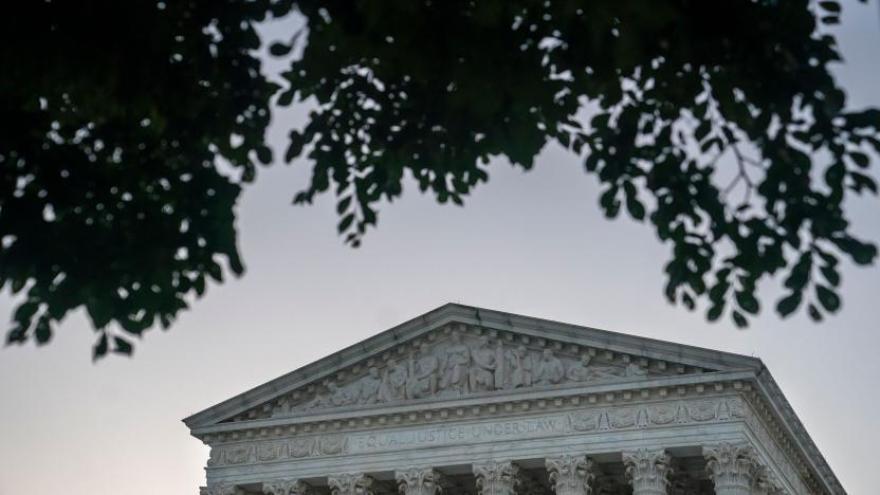 The Supreme Court ruled in favor of a Virginia man who is seeking to challenge one of his convictions for using a firearm in an attempted robbery. The ruling will allow the man to attempt to reduce his sentence by 10 years.

(CNN) -- The Supreme Court ruled in favor of a Virginia man who is seeking to challenge one of his convictions for using a firearm in an attempted robbery. The ruling will allow the man to attempt to reduce his sentence by 10 years.

In a 7-2 decision Tuesday, the court decided that a conviction for attempted robbery under the federal Hobbs Act does not fit the definition of a "crime of violence," and therefore does not trigger an enhanced sentence when a firearm is used.

The ruling will allow the man, Justin Taylor, and other defendants who have received between five and 10 extra years tacked onto their sentences for attempted Hobbs Act robbery to now challenge those convictions and sentences.

The Hobbs Act is a federal law that made it a crime to obstruct or affect interstate commerce "by robbery or extortion" when "induced by the wrongful use of actual or threatened force, violence and fear."

Writing for the majority, Justice Neil Gorsuch said that while Taylor could be sentenced for up to 20 years for his conviction, Congress has "not authorized courts to convict and sentence him to a decade of further imprisonment."

Addressing a contention made by Thomas, Gorsuch wrote in a footnote that "not even the prosecutors for whom Justice Thomas professes concern seek anything like that."

Alito, Gorsuch said, put forward an argument that the parties had "not whispered a word about."

In 2003, Taylor engaged in a conspiracy to rob a drug dealer. As a pretense, he arranged a transaction to sell marijuana to a man named Martin Sylvester. But instead of selling the drugs, Taylor and another co-conspirator attempted to steal Sylvester's money. The unnamed co-conspirator, armed with a semiautomatic pistol, shot and killed Sylvester.

Taylor was charged with attempted and conspiracy to commit robbery under the Hobbs Act and was convicted under a federal law which makes it a crime to use a gun in connection with any "crime of violence."

He pleaded guilty and was sentenced to 360 months in prison. So called "crime of violence" charges trigger increased sentences under federal law. The Supreme Court subsequently decided cases that narrowed the definition of a "crime of violence" under the law.

Taylor returned to court arguing that his charges no longer qualify and that one of his convictions must be vacated.

A district court agreed that the conspiracy charge no longer triggered the increased sentence, but it held that the attempted robbery continued to qualify.