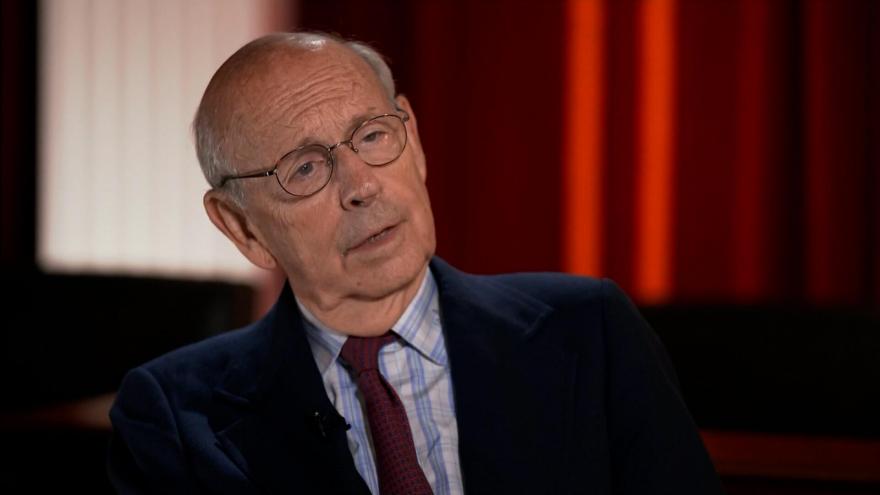 Breyer, 83, a consistent liberal vote on the Supreme Court with an unflappable belief in the US system of government and a pragmatic view of the law, has served nearly three decades on the bench.

Breyer is expected to stay on until the end of the term and a replacement is confirmed.

Breyer's decision gives President Joe Biden his first opportunity to name a nominee to the Supreme Court. Although Biden's pick will not change the balance of the court, given that Breyer will almost certainly be replaced with a fellow liberal, the new nominee is expected to be much younger and could serve on the court for decades. The court currently has six conservative justices appointed by Republican presidents, and three liberals appointed by Democrats.

Appointed in 1994 by President Bill Clinton, Breyer has sought to focus the law on how it could work for the average citizen. He was no firebrand and was quick to say that the Supreme Court couldn't solve all of society's problems. He often stressed that the court shouldn't be seen as part of the political branches but recognized that certain opinions could be unpopular.

"If the public sees judges as 'politicians in robes,'" he warned, "its confidence in the courts, and in the rule of law itself, can only diminish, diminishing the court's power, including its power to act as a 'check' on the other branches."

On the campaign trail, Biden vowed that if he were to get a vacancy he would fill it with an African American woman, which would represent a historic first for the high court. Potential candidates include Judge Ketanji Brown Jackson, 51, who was confirmed last year to the powerful DC-based appellate court. She once served as a law clerk for Breyer, and also worked as an assistant federal public defender and served on the US Sentencing Commission.

Another possibility would be Justice Leondra Kruger, 45, who serves on the California Supreme Court and is a veteran of the US Solicitor General's office. Members of Biden's team have previously stressed that they are seeking diversity for judicial appointments and that they are prepared to break from the norm and consider those whose legal experiences have been historically underrepresented on the federal bench, including those who are public defenders and civil rights and legal aid attorneys.

The news comes as the court's conservative majority has flexed its muscles in a blockbuster term. The justices have already heard one case that could overturn Roe v. Wade and another that could expand gun rights. Recently, Breyer joined his liberal colleagues, Justice Sonia Sotomayor and Elena Kagan, in a bitter dissent when the conservative majority blocked Biden's vaccine mandate for large employers. Breyer also dissented last year when the court allowed a Texas six-week abortion ban to remain in effect. The law is the strictest in the nation and bars abortion before most women even know they are pregnant.