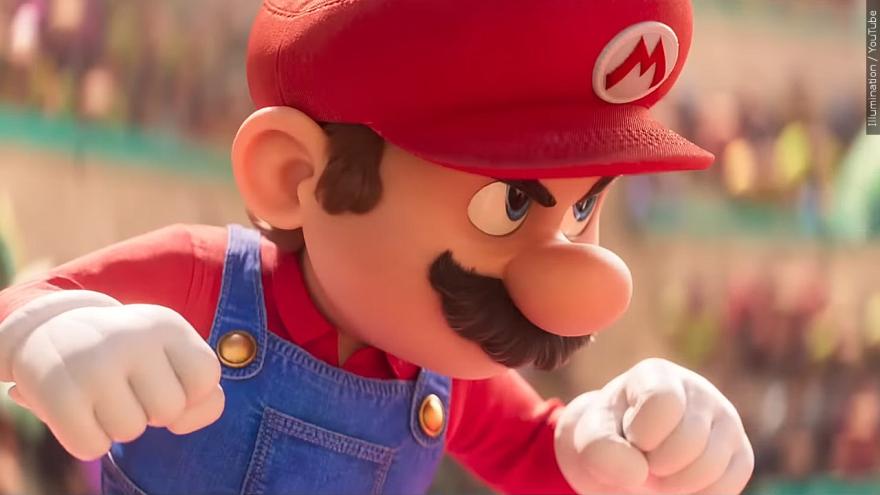 (CNN) -- Mario learns that being a hero is a tough gig in the new trailer for "Super Mario Bros. Movie."

The colorful preview, in which Mario (Chris Pratt) sets off on an adventure to defend Mushroom Kingdom against Bowser (Jack Black), features a look at some much-anticipated characters, including Donkey Kong (voiced by Seth Rogan), Princess Peach (voiced by Anya Taylor-Joy), and Luigi (voiced by Charlie Day).

The new trailer comes more than a month after fans got a glimpse in a teaser trailer that lit up the internet.

The upcoming movie does have lots of references to the video games, like the obstacle course in Super Mario Bros. and Mario Kart, with a visit to Rainbow Road.

Fans also get a peek inside Peach's castle in the movie.

See the trailer below.