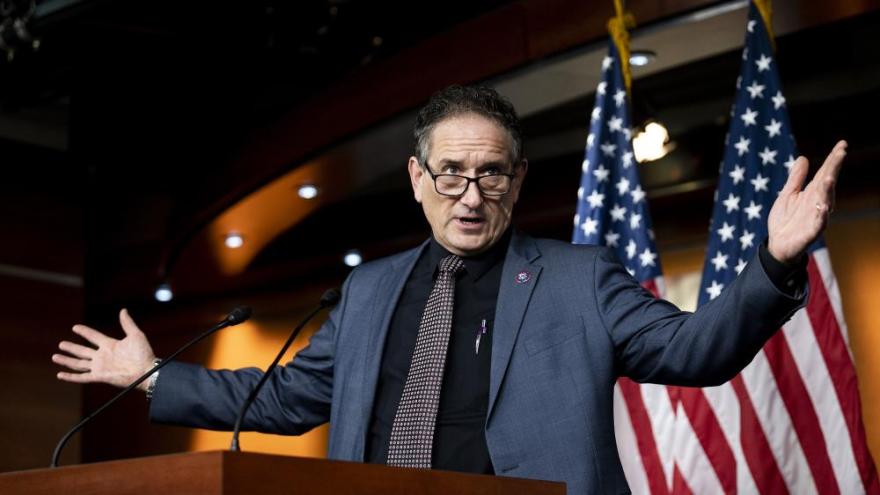 Rep. Andy Levin, a Democrat from Michigan is seen here in February. Staffers in Levin's office voted unanimously on September 26 to form the first union for a congressional office in Capitol Hill's history.

"Today, my staff became the very first in the 233-year history of the U.S. Congress to form a union," Levin told CNN in a statement. "I'm proud of their bravery and initiative, and I look forward to bargaining a just contract with the Congressional Workers Union."

This move comes after the House in May passed a bill, which was sponsored by Levin, to allow staffers on Capitol Hill to unionize for the first time.

Staffers to seven other Democratic members of Congress have also petitioned to unionize, including Reps. Cori Bush of Missouri, Chuy Garcia of Illinois, Ro Khanna of California, Ted Lieu of California, Alexandria Ocasio-Cortez of New York, Ilhan Omar of Minnesota and Melanie Stansbury of New Mexico, according to the Congressional Workers Union website.

"Congressional staffers have a home in America's unions," tweeted Liz Shuler, president of AFL-CIO, the largest labor organization in the country. She congratulated Levin's office, adding, "Organizers worked tirelessly to make this happen—may this be the first of many more!"

While Levin will be leaving Congress in January after losing his primary last month, there has been a wider push among Democrats for fair wages for staffers, with House Speaker Nancy Pelosi raising the base pay for House staffers to $45,000 starting this month. A report earlier this year found that one in eight congressional staffers in Washington, DC, are not paid a living wage.

Senate staffers are still not permitted to unionize, and efforts to pass similar legislation in the Senate have not made much progress.