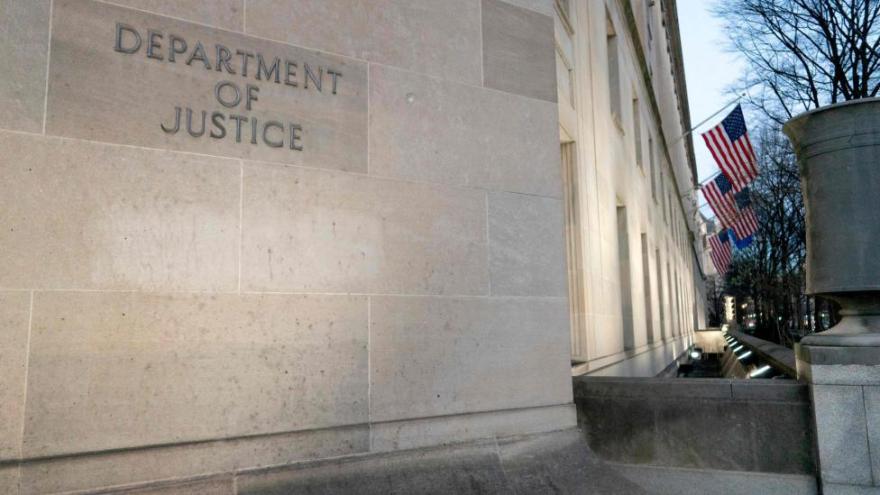 The Justice Department unveiled on July 29 a conspiracy charge against a Russian national accused of working with FSB agents and using unnamed political groups in the US as foreign agents of Russia.

(CNN) -- The Justice Department unveiled on Friday a conspiracy charge against a Russian national accused of working with FSB agents and using unnamed political groups in the US as foreign agents of Russia.

Prosecutors allege that the purpose of the conspiracy was to establish relationships that would "further the interests of the Russian federation." Ionov, the indictment alleges, worked with FSB agents to "identify and exploit" connections with the US political groups.

The indictment describes some of the US political groups as "separatist groups" based in Florida and California that advocated for seceding from the US, and it alleges that Ionov had "direction or control over these groups on behalf of the FSB," providing financial support for the group and using them to publish Russian and pro-separatist propaganda online and on the radio.

Six US citizens worked with and were funded by Ionov, including two unnamed Florida residents who ran for public office in 2017 and 2019, the indictment said.

The unindicted co-conspirators allegedly worked to promote Russian interests, secession movements in California, and led pro-separatist political groups in the US, all with funding from the FSB.

According to the indictment, Ionov supported the 2019 campaign of one these alleged co-conspirators for local office in Florida by participating in campaign events and providing funds. Ionov also allegedly sent updates on the campaign's progress to FSB agents on the candidate whom, Ionov allegedly wrote to the FSB, "we supervise."

The indictment alleges that Ionov pushed false claims about Russia's invasion of Ukraine as part of the conspiracy, including with a video appearance Ionov allegedly made in a March video conference hosted by the Florida-based group.

Ionov, who says he's currently in Russia, rejected the charges in a statement to CNN: "Today we received disturbing news about my inclusion in the sanctions list and the initiation of a criminal case. I have reviewed the documents and consulted with lawyers in the USA. Until now, I do not understand the essence of the accusation, since there are no specific references in the documents to persons in the Russian government for whom I allegedly worked. I was particularly struck by the fact that I allegedly work for the special services. At the same time, the names and officials are not called. I consider these accusations destructive."

The US Treasury Department also announced sanctions Friday against Ionov and Natalya Valeryevna Burlinova, the president of an organization allegedly connected to Russian intelligence service, and their organizations.

"The Kremlin has repeatedly sought to threaten and undermine our democratic processes and institutions," Under Secretary of the Treasury for Terrorism and Financial Intelligence Brian E. Nelson said in a statement Friday. "The United States will continue our extensive work to counter these efforts and safeguard our democracy from Russia's interference."

Under the law that Ionov is accused of violating, Ionov faces a maximum penalty of five years in prison.

The indictment references media reports describing Ionov as fundraising for the defense of Maria Butina, who pleaded guilty in 2018 to acting as a foreign agent in an effort to influence US gun rights groups. Prosecutors allege that Ionov was warned by an FSB agent who commented on one such article in 2019 that sanctions could be imposed against him.

The indictment points to several episodes of the alleged influence campaign. In 2015, a member of the Florida-based group identified as unindicted co-conspirator UIC-1, traveled to Russia on two occasions -- the first time, to meet with Ionov, and on a second occasion, to attend a "separatist conference" in Moscow, according to the indictment. Also that year, Ionov allegedly worked with another member of the Florida-based group on a petition to be sent to the United Nations.

The alleged conspiracy continued through 2016, prosecutors say, with requests from Ionov that the Florida-based group organize a four-city tour to show that people are opposed to the "US colonial government" and that the group made statements supporting the Russian Olympic team amid doping controversy that year.

The indictment also accuses Ionov of emailing with members of the California-based group about plans to demonstrate at California's state capital in 2018. Ionov communicated details about the demonstration to an FSB agent, who complained that the rally did not amount to an "historic" demonstration, the indictment said.

"The prosecution of this criminal conduct is essential to protecting the American public when foreign governments seek to inject themselves into the American political process," US Attorney Roger B. Handberg for the Middle District of Florida, which is where the indictment was handed up, said in a statement. "We will continue to work with our partners at the FBI to investigate these events, and we will continue to follow the evidence to ensure justice is done."