Russia to build attack drones for Ukraine war with the help of Iran, intelligence assessment says 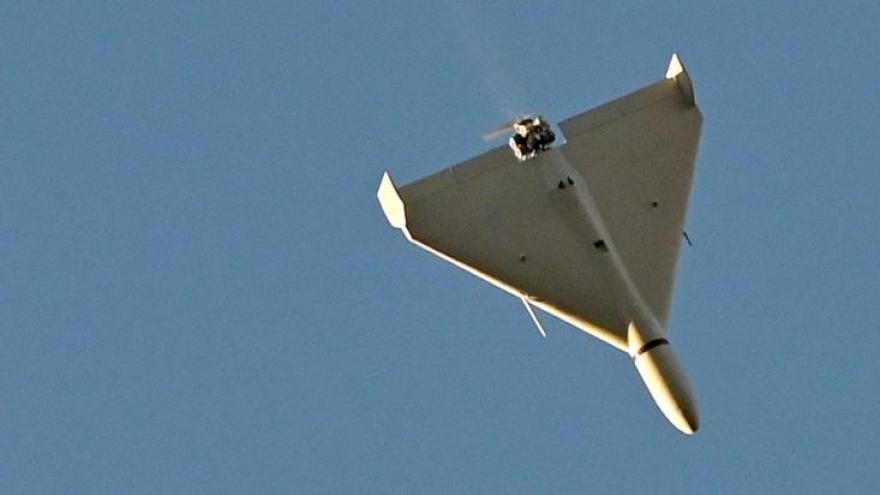 Iran and Russia have reached an agreement to begin the production of attack drones in Russia. A drone flies over Kyiv on October 17.

(CNN) -- Iran and Russia have reached an agreement to begin the production of attack drones in Russia, according to a new intelligence assessment from a country that closely monitors Iran's weapons program.

Iran is beginning to transfer blueprints and components for the drones to Russia after the initial agreement was struck earlier this month, said a source familiar with the assessment.

US officials have said that Russia has received hundreds of drones from Tehran which have had a deadly effect in Ukraine.

Earlier this month, the Iranian government acknowledged for the first time that it had sent a limited number of drones to Russia in the months before the start of its invasion of Ukraine.

"Some western countries have accused Iran of helping the war in Ukraine by providing drones ... we did provide a limited number of drones to Russia in the months before the start of the war in Ukraine," Iran's foreign minister Hossein Amir-Abdollahian told reporters in Tehran.

The goal is for Russia to produce thousands of new attack drones using Iranian components and blueprints, the source explained. If the two countries move ahead full-steam with their plan the expectation is that production could begin in a few months and its possible that the drones could be used by Russia on the battlefield in Ukraine next year, the source said.

It would be a move that would further cement the partnership between Tehran and Moscow and likely provoke significant anger from Ukraine and its western allies including the US.

The efforts come after CNN and other outlets reported that Iran was preparing to send more weapons, including surface-to-surface short range ballistic missiles and more attack drones to Russia before the end of the year.

The source familiar with the assessment said those reports caused concern in Iran, which appears to have prompted the regime to rethink its approach with the plan for Russia to manufacture the drones rather than Iran directly transfer them.

The production process for the attack drones is not complicated when compared to the production of other weapons, the source explained.

A spokesperson for the Iranian Mission to the United Nations did not explicitly deny the suggestion that Iran will help Russia manufacture drones, but claimed that Iran abides by the principles of "sovereignty, independence, unity, and territorial integrity."

In a statement to CNN, the spokesperson said that Iran and Russia "have maintained bilateral defense, scientific, and research cooperation," for years, predating Russia's war in Ukraine

The spokesperson noted that parts of a UN Security Council Resolution which restricted certain arms transfers to or from Iran had expired in October 2020, so "the Islamic Republic of Iran has prioritized increasing defense cooperation with other countries," the spokesperson said.

Multiple nations, including the United States, have said that Iran's provision of drones to Russia is a violation of that resolution, and G7 foreign ministers said in joint statement that they "support efforts at the United Nations to hold Russia and Iran accountable for their blatant violations of UNSCR 2231."

CNN has asked the Russian embassy in Washington for comment.

When asked for comment on the assessment, White House national security council spokesperson Adrienne Watson said, "Iran and Russia can lie to the world, but they can't hide the facts: Tehran is helping kill Ukrainian civilians through the provision of weapons and assisting Russia in its operations. It's another sign of how isolated both Iran and Russia are."

"The United States -- with allies and partners -- is pursuing all means to expose, deter, and confront Iran's provision of these munitions and Russia's use of them against the Ukrainian people. We will continue to provide Ukraine with the critical security assistance it needs to defend itself, including air defense systems," Watson said in the statement.

Drones have played a significant role in the conflict since Russia launched its full-scale invasion of Ukraine in late February, but their use has increased since the summer, when the United States and Kyiv say Moscow acquired drones from Iran. In recent weeks these Iranian drones have been used to target critical energy infrastructure in Ukraine.

The Iranian drones are known as a "loitering munition" because they are capable of circling for some time in an area identified as a potential target and only striking once an enemy asset is identified.

They are small, portable and can be easily launched, but their main advantage is that they are hard to detect and can be fired from a distance.