Russia is purchasing millions of rockets and artillery shells from North Korea, US official says 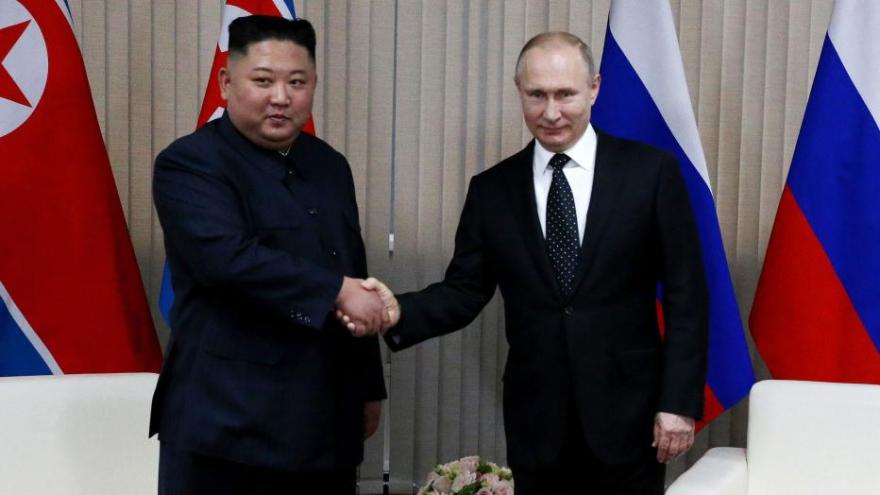 (CNN) -- Russia is in the process of purchasing millions of rockets and artillery shells from North Korea for use on the battlefield in Ukraine, a US official tells CNN.

The purchase indicates that the Russian military continues to suffer from severe supply shortages in Ukraine, due in part to export controls and sanctions, according to the official.

The US expects Russia could try to buy more military equipment from North Korea going forward, the official added.

The New York Times first reported on the purchase. The two countries had formed relations through the Korean War of the 1950s, with the former Soviet Union having been a major benefactor to North Korea, financially propping the regime up. North Korea has blamed the US and the West for the war in Ukraine.

News of Moscow buying weaponry from North Korea follows a recent US assessment that Russia now possesses weapons-capable drones from Iran also likely for use in the war in Ukraine.

The US believes that Moscow officially purchased the Mohajer-6 and Shahed-series drones -- the Shahed-129 and Shahed-191 -- from Iran and transferred to Russia for use in the war in Ukraine. The drones are capable of carrying precision guided munitions and can be used for surveillance.

Russia has been looking to hamper Ukrainian military's use of recently Western-supplied long-range precision artillery and rocket systems, including the High Mobility Artillery Rocket Systems (HIMARS), on the battlefield. With the HIMARS, Ukraine has been able to precisely target and hit Russian command posts, logistical hubs and ammunition dumps well beyond the front lines.