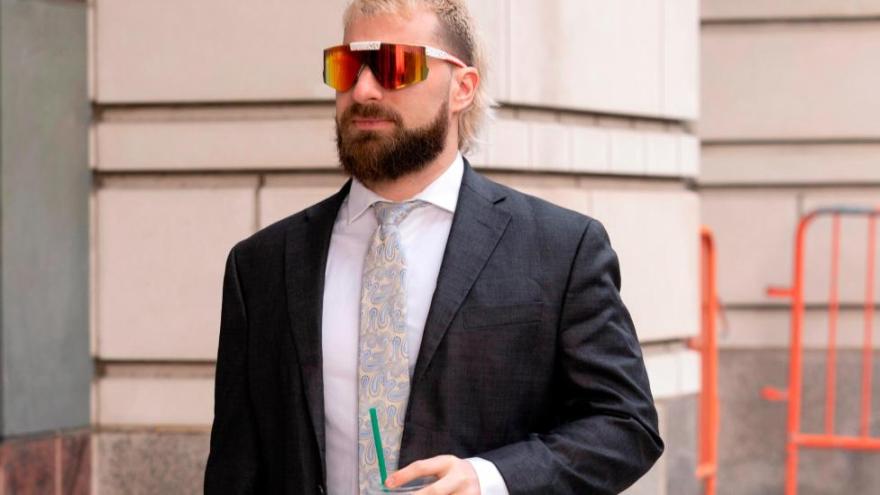 (CNN) -- A far-right internet personality who goes by the pseudonym "Baked Alaska" was sentenced on Tuesday to two months in prison for unlawfully protesting inside the US Capitol during the January 6, 2021, insurrection.

Anthime Gionet, who livestreamed his breach of the Capitol in a nearly 30-minute video to more than 16,000 people, was also ordered to pay a $2,000 fine and $500 in restitution for damage done to the Capitol building by the mob the day of the riot.

"You livestreamed your criminal conduct to thousands of followers hoping they would pay you for your actions," District Judge Trevor McFadden told Gionet during the nearly two-hour sentencing hearing. "You were promoting and celebrating what was a national tragedy."

"January 6 was the culmination of a petty crime spree for you," McFadden said, noting that Gionet was convicted of assaulting a restaurant worker and for tearing down a Hanukkah menorah outside the Arizona state capitol in the month before the insurrection.

"You repeatedly streamed your crimes" McFadden said. "That is a very troubling vocation, sir."

Gionet agreed in July 2022 to plead guilty to unlawfully protesting at the US Capitol after abandoning a plea agreement earlier that year during a hearing in which he proclaimed he was "innocent."

His court proceedings were mired in turmoil. He was arrested in January 2021 but never indicted, and it took more than a year for lawyers to reach the plea agreement.

Gionet also spoke about his court case to his online followers several times before he was sentenced, which McFadden said exemplified his lack of remorse.

After he pleaded guilty, Gionet's court case was randomly reassigned to McFadden. That evening, Gionet livestreamed himself celebrating that his case was now being handled by an "awesome judge" that is "pro-Trump."

In reference to January 6 and former President Donald Trump, Gionet wrote in a tweet last month: "i can't believe i'm going to jail for an nft salesman."

"It is important that you, first and foremost, toe the line and lead by example," McFadden said on Tuesday, pointing to the thousands of people who watch Gionet online. "You failed to do that on January 6."