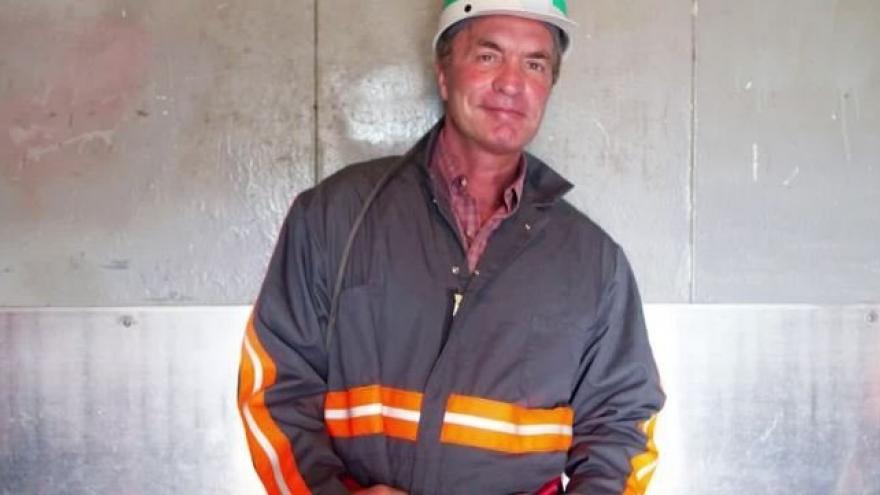 (CNN) -- West Virginia coal billionaire Chris Cline died in a helicopter crash near the Bahamas along with his daughter, her three college friends and two other people, authorities said.

The helicopter took off from Big Grand Cay early Thursday and was reported missing more than 12 hours later when it didn't arrive in Fort Lauderdale, Florida, its intended destination.

Local residents and police discovered the helicopter overturned in 16 feet of water two miles off Grand Cay in the Abacos and recovered the bodies of four females and three males, according to the Royal Bahamas Police Force.

He would have turned 61 on Friday

Cline would have turned 61 on Friday.

His daughter, Kameron Cline, 22, was aboard the helicopter with him, according to a family statement.

The pilot was identified as Geoffrey Lee Painter, 52, of the United Kingdom.

"The LSU community is mourning the loss of three recent graduates, along with all of those who lost their lives in this tragic accident. Kameron, Jillian and Brittney were all May 2019 graduates and had such bright futures ahead of them. Our deepest sympathies go out to the family and friends of everyone affected," Louisiana State University said in a statement.

"David was a great ambassador for the game of golf in the mountain state and always had a smile on his face. Please keep the Jude family in your thoughts and prayers in this difficult time," it said in a statement.

Chris Cline grew up in a coal family -- his father and grandfather worked at mines.

He started working as an underground miner in West Virginia in 1980 at age 22, and a decade later founded his energy development company, the Cline Group.

CORRECTION: This story has been updated to clarify the number of people killed in the crash.