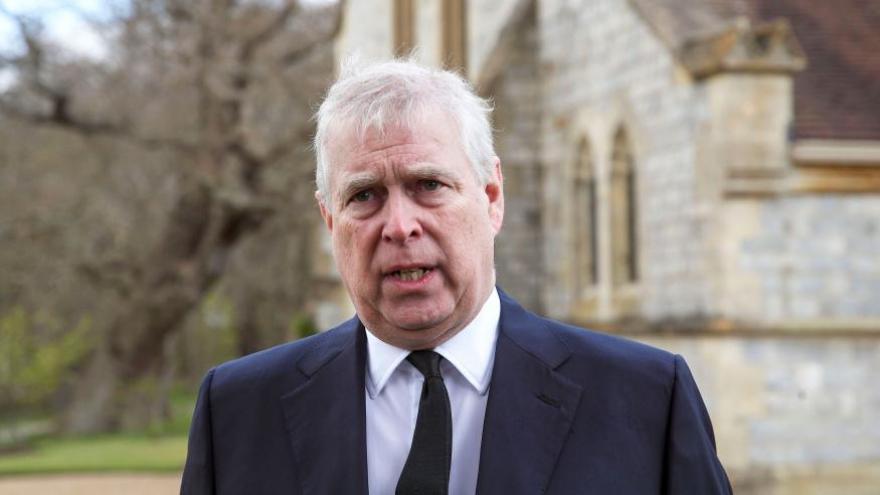 In his formal response to Virginia Giuffre's lawsuit alleging sexual abuse, Prince Andrew denied her allegations and demanded a jury trial, according to a court filing Wednesday.

(CNN) -- Prince Andrew has formally denied allegations that he sexually abused Virginia Giuffre and has demanded a jury trial in her civil lawsuit, according to a legal filing Wednesday in the US District Court for the Southern District of New York.

The 11-page filing responds paragraph-by-paragraph to the allegations in Giuffre's lawsuit, in which she alleged that the late financier Jeffrey Epstein trafficked her and forced her to have sex with his friends, including Andrew, and that Andrew was aware she was underage in the US at the time.

She alleged Andrew sexually abused her at Epstein's private island in the US Virgin Islands, at his mansion in Manhattan and at his former girlfriend Ghislaine Maxwell's home in London.

In his response Wednesday, the prince repeatedly and flatly denied the abuse.

"Prince Andrew denies that he was a co-conspirator of Epstein or that Epstein trafficked girls to him," his attorneys Andrew B. Brettler and Melissa Y. Lerner wrote.

He also denied he was a "close friend" of Maxwell and denied that he became a "frequent guest" in Epstein's homes around the world. On other points, the attorneys write that the prince "lacks sufficient information to admit or deny the allegations."

Still, Andrew did admit in the court filing that he met Epstein in 1999; that Epstein and Maxwell attended the prince's 40th birthday party in 2000; and that Andrew was photographed with Epstein in Central Park and stayed at Epstein's New York City mansion in 2010.

Finally, the filing puts forth 11 affirmative defenses, including one that states, "Giuffre's alleged causes of action are barred in whole or in part by her own wrongful conduct and the doctrine of unclean hands."

Giuffre's attorney David Boies said in a statement they looked forward to a trial.

"Prince Andrew's answer continues his approach of denying any knowledge or information concerning the claims against him, and purporting to blame the victim of the abuse for somehow bringing it on herself," he said. "We look forward to confronting Prince Andrew with his denials and attempts to blame Ms. Giuffre for her own abuse at his deposition and at trial."

How we got here

The filing comes two weeks after a federal judge in New York denied the prince's motion to dismiss the lawsuit.

The ruling set up a dramatic series of legal proceedings for Queen Elizabeth II's third child that could have major ramifications for Buckingham Palace.

The long-running allegations against Andrew, 61, have already dramatically tarnished his public standing, and he stepped back from royal duties in late 2019. In the wake of the judge's decision earlier this month, Andrew was stripped of his military titles and charities, Buckingham Palace announced.

Andrew has until July 14 to potentially answer questions about the case under oath, following a ruling made by Judge Lewis Kaplan last year. If the case is not settled, Andrew could face a trial date between September and December 2022.

Giuffre brought her case under the Child Victims Act, a New York state law enacted in 2019 that temporarily expanded the statute of limitations in child sex abuse cases.

The civil suit stems from the sprawling and disturbing allegations against Epstein, the wealthy sex offender who befriended a series of powerful men despite a sketchy history.

Epstein pleaded guilty in 2008 to state prostitution charges and in July 2019 was indicted on federal sex trafficking charges. Prosecutors accused him of carrying out a decades-long scheme of sexual abuse of underage girls, flying them on private planes to his properties in Florida, New York, New Mexico and the US Virgin Islands. He died by suicide in prison before he could face trial.

Maxwell, his former girlfriend and close associate, was arrested in 2020 and accused of facilitating the abuse scheme. A federal jury convicted her in December on five federal counts, including sex trafficking a minor and conspiracy.

Giuffre was not one of the four women who testified in Maxwell's trial that they had been abused. Still, she was mentioned in the trial when Carolyn, one of the victims, testified that Giuffre had recruited her to come to Epstein's home in Palm Beach, Florida.