Planet-warming emissions surged faster in the US than expected in 2021, analysts say 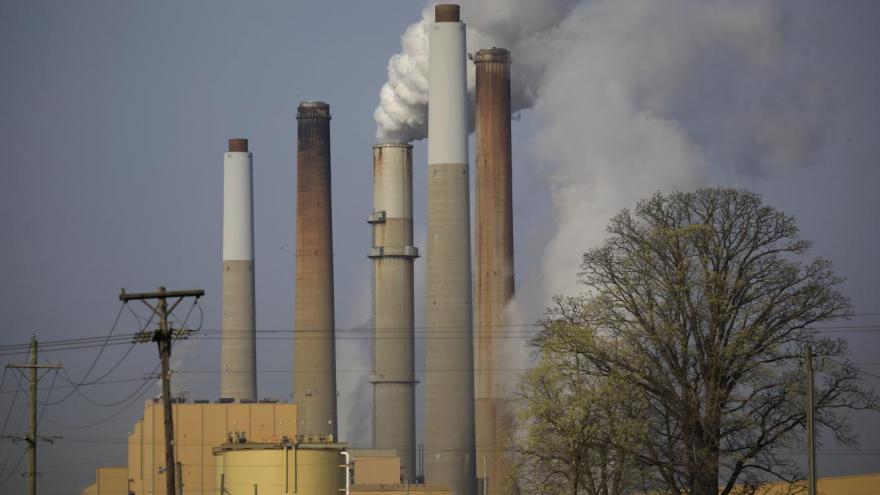 Smoke and steam rises from a coal-fired power plant in Kentucky in 2021. Greenhouse gas emissions from coal increased in 2021 for the first time in seven years, according to Rhodium Group.

(CNN) -- In a troublesome sign for President Joe Biden's climate goals, US greenhouse emissions surged back from a pandemic slump faster in 2021 than the overall economy, according to a preliminary analysis by the nonpartisan Rhodium Group.

Energy analysts had expected to see a rebound of planet-warming emissions in 2021. But even so, the growth outpaced expectations, according to Kate Larsen, a partner at Rhodium Group and a co-author of the report.

"Emissions grew even faster than the economic recovery and that was largely the rebound in coal generation," Larsen told CNN, noting that "there weren't any significant policies to make economic growth less carbon-intensive."

Preliminary 2021 data from Rhodium estimates economy-wide greenhouse gas emissions increased 6.2% compared to 2020 -- which saw a steep drop in emissions due to the Covid-19 economic shutdown. Still, 2021 emissions remained 5% below 2019 levels.

Coal use was a big driver of the rebound in emissions, according to the Rhodium report. Coal burned for electricity spiked 17% in 2021, the first year since 2014 that coal generation in the US increased instead of decreasing. Larsen said the switch back to coal was largely due to increasing natural gas prices; natural gas generation dropped 3% in 2021 as prices rose.

Larsen said that "because of a lack of federal rules and standards," changes in emissions "are largely at the whim of energy market dynamics."

The growth in US emissions is bad news for Biden's overarching climate goal: a deadline of 2030 to cut fossil fuel emissions in half from 2005 levels. Climate and energy experts, including Larsen, widely agree that these emissions cuts won't happen at the current economic trajectory -- they need policy changes to occur.

Experts consider 2020 a bit of an anomaly; emissions fell significantly because Covid-19 ground economic growth to a halt for months. While Larsen and others are certainly not calling for economic growth to slow in the future, they say Biden needs to see a lot more years like 2020 in terms of emissions output.

"We need to repeat 2020 in terms of emission reductions while achieving economic growth," Larsen said. "We really need to escalate annual emissions reductions; we can't have any more years of emissions growth."

World Resources Institute senior associate Devashree Saha -- who was not involved in the Rhodium report -- told CNN their 2021 US emissions estimates "are not very surprising" and agreed there needs to be significant policy changes to make a dent.

"Under a business-as-usual scenario with all the climate policies you have today at the federal, state and local level -- if we don't have any additional policy, the outlook by 2030 is we would only get to 31% emission reductions" from 2005 levels, Saha said.

Saha added that a significant policy change is needed to make progress on US emissions. For instance, if Biden's Build Back Better Act and its $555 billion worth of climate and clean energy provisions passed Congress, the World Resources Institute estimated the US could reduce its emissions by 43% by 2030.

"The policies included in the Build Back Better Act are really our best bet," Saha said.

The package is currently stalled in the Senate, after West Virginia Sen. Joe Manchin announced last month he wouldn't support it. Still, Manchin has signaled a clear willingness to work on the climate portion of the bill, saying Tuesday that it's "one we probably can come to an agreement on much easier than anything else."

Manchin, who represents a coal-producing state, has already shaped the clean energy provisions in the bill to be more carrot and less stick -- cutting out a clean electricity program and objecting to a fee for methane leaks. Larsen said ideally, US climate policy would contain a measure of carrots and sticks to get the steepest emissions reductions.

"In an ideal world you use both to have the most efficient outcome," she said about federal regulations combined with incentives to spur greater use of clean energy. "Some combination of those two approaches is really going to be what's most effective at deploying clean generation at the scale we need."