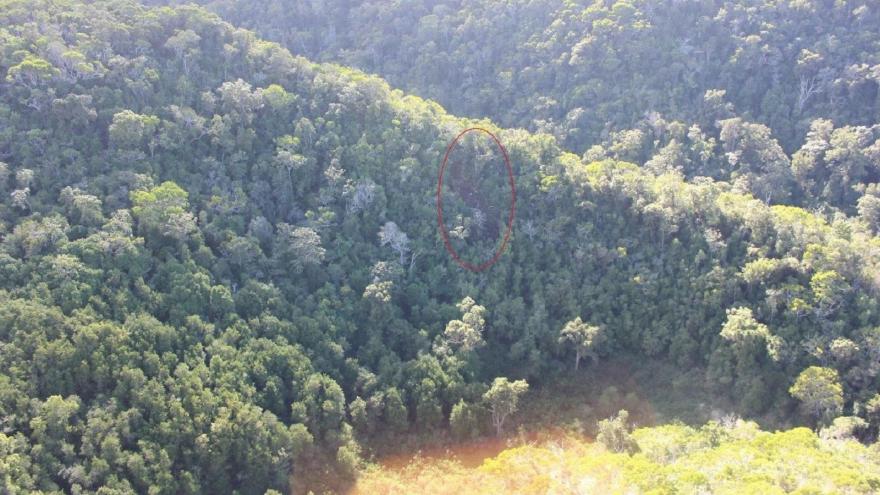 The site of the crash is marked in red.

(CNN) -- A tour helicopter that crashed in Hawaii, killing all seven people aboard, was flying in rain and fog with visibility of only 20 feet, according to a witness cited in a preliminary report from the National Transportation Safety Board.

The report does not describe a distress call from the pilot and does not speculate on the cause of the crash, which happened the afternoon of December 26 on the island of Kauai.

The witness told the NTSB he was on a hiking trail in Koke'e State Park when he heard a "hovering helicopter followed by a high-pitched whine."

"Knowing something was wrong, he attempted to locate the helicopter but was unable due to the adverse weather conditions and fading daylight," the report said. The wreckage was found the next morning.

The pilot of the Safari Helicopters charter was last heard on aviation radio giving a routine checkpoint call as he left Waimea Canyon on the island of Kauai. A search operation began when the helicopter was 10 minutes late for its expected return at Lihue Airport with no contact.

The NTSB said the Airbus AS350 B2 helicopter crashed into a ridge in Koke'e State Park about 24 miles northwest of Lihue and was destroyed by the impact and resulting fire.

The NTSB said the pilot was on his eighth and final scheduled tour of the day when the helicopter went down.

The other passengers who were killed were Amy Gannon, 47, and Jocelyn Gannon, 13. The pilot was Paul Matero, 69.

Bloomberg is spending his way to the top