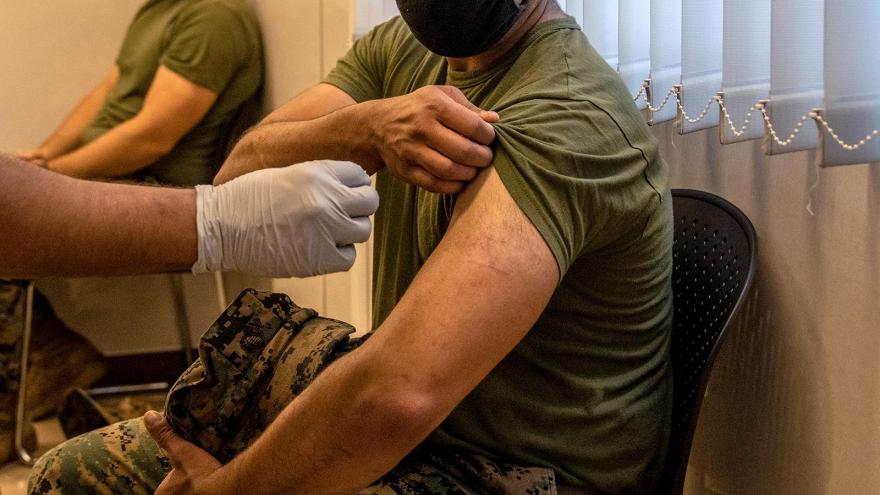 "Section 525 of the NDAA for FY 2023 requires me to rescind the mandate that members of the armed forces be vaccinated against Covid-19, issued in my August 24, 2021 memorandum ... I hereby rescind that memorandum," Austin said in a memo on Tuesday night.

The requirement to remove the mandate was viewed as a win for conservative lawmakers who had long argued that it was hindering the military's recruitment efforts, though Pentagon officials maintained there was no evidence to support the claim.

In the wake of the news that the mandate would soon be rescinded, questions arose about what kind of impact it would have on the military's ability to deploy or rotate through host nations, some of which have their own vaccine requirements. The Covid-19 vaccine was one of more than a dozen required by the Defense Department, and Austin made clear in his memo that other standing DOD "policies, procedures, and processes regarding immunizations remain in effect."

"These include the ability of commanders to consider, as appropriate, the individual immunization status of personnel in making deployment, assignment, and other operational decisions, including when vaccination is required for travel to, or entry into, a foreign nation," Austin said.

As lawmakers debated over the latest NDAA, Republicans pushed for the vaccine mandate's removal, in a move that the Pentagon and White House made clear they did not support. But as CNN previously reported, Democrats ultimately decided behind the scenes that in order to get the legislation over the finish line, they would have to allow Republicans' removal of the mandate.

White House press secretary Karine Jean-Pierre said in December that the White House saw the decision to remove the mandate as a "mistake," though Biden ultimately signed off on the bill.

According to Austin's memo, no service members currently in uniform who were pending approval for a religious or medical exemption to getting the mandate will be separated from the military. Austin also directed the services to update individuals' military records and remove "any adverse actions solely associated with denials of requests" from their files.

As for those who have already been removed from service for their refusal to get the vaccine, which fell under failing to obey a lawful order, Austin said in the memo that the DOD is "precluded by law from awarding any characterization less than a general (under honorable conditions) discharge." General discharges are a step down from an honorable discharge, and are typically for troops that had satisfactory service but had minor misconduct.

Service members who received that discharge because of their refusal to get the vaccine can petition their individual branch for a correction of their records, Austin said.

"The Department's Covid-19 vaccination efforts will leave a lasting legacy in the many lives we saved, the world-class force we have been able to field, and the high level of readiness we have maintained, amidst difficult public health conditions," Austin concluded. "Our efforts were possible due, first and foremost, to the strength and dedication of our people."