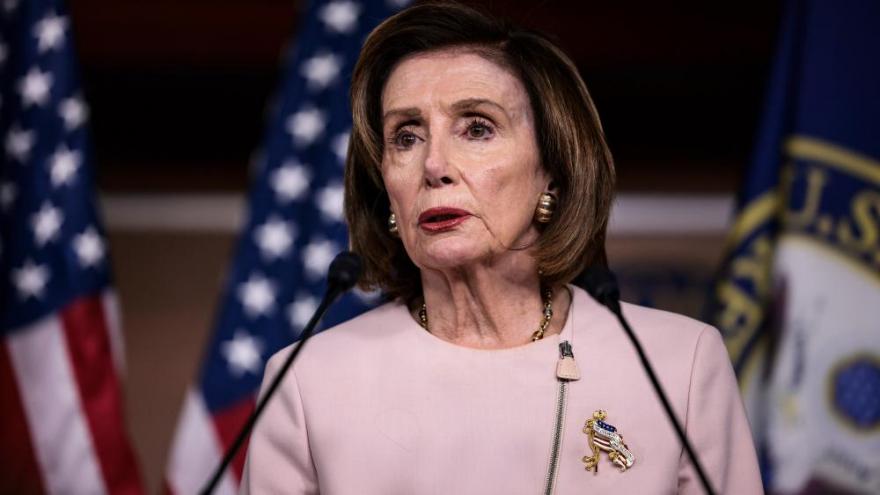 House Speaker Nancy Pelosi announced Friday the House will vote on a legislation that would allow Capitol Hill staffers to unionize next week.

(CNN) -- House Speaker Nancy Pelosi announced in a letter to her colleagues Friday morning the chamber will vote on legislation that would allow Capitol Hill staffers to unionize next week, a major development for labor activists who have pushed for the option for years.

"Congressional staffers deserve the same fundamental rights and protections as workers all across the country, including the right to bargain collectively," she wrote in the letter.

While it's unlikely the Senate will be able to pass similar legislation because of the 60-vote threshold needed to break the filibuster and the lack of Republican support, the expected-House passage of the bill would mean it would go into effect in the chamber because of the Congressional Accountability Act.

Pelosi also announced in the letter she has raised the base pay for House staffers to $45,000 starting September 1.

"With a competitive minimum salary, the House will better be able to retain and recruit excellent, diverse talent," she wrote. "Doing so will open the doors to public service for those who may not have been able to afford to do so in the past. This is also an issue of fairness, as many of the youngest staffers working the longest hours often earn the lowest salaries."

This comes after Pelosi announced last August that House staffers would be eligible for higher salaries for the first time in decades in an effort to attract and maintain experienced staff.