Ohio State University wins trademark for the word 'THE' 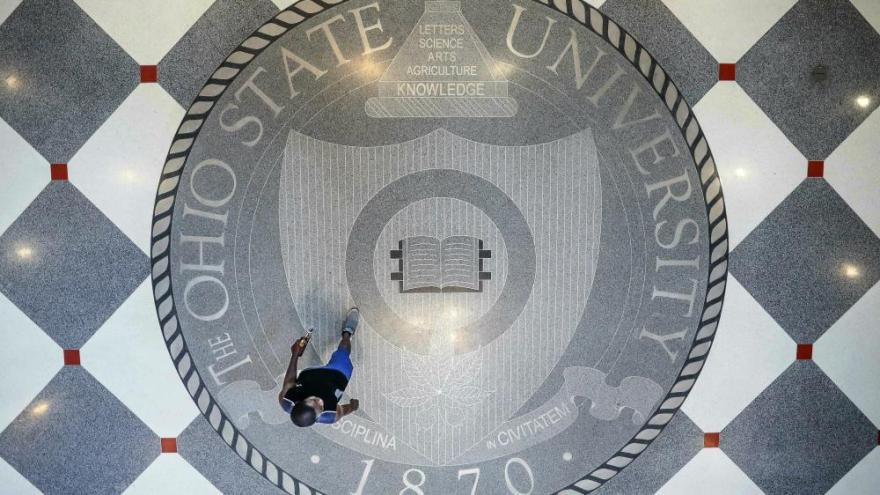 Ohio State University has won its bid to trademark the word "THE."

(CNN) -- Ohio State University has officially registered a trademark for the word "THE" after a nearly three-year battle to clinch legal branding access to a word that's deeply meaningful to the school's overall identity.

The university in Columbus will use the word "THE" for branded products associated with the school and sold through its athletics and collegiate channels, OSU spokesperson Ben Johnson said Wednesday in a statement to CNN.

"THE has been a rallying cry in the Ohio State community for many years, and Buckeye fans who purchase official Ohio State gear support student scholarships, libraries and other university initiatives," Johnson said.

The university filed an application with the US Patent and Trademark Office in 2019 after fashion designer Marc Jacobs also filed to trademark the same word, Johnson said.

Last year, the university and the designer reached an agreement that allows both of them to register "THE" branded products for continuous use and license, Johnson explained.

"Like other institutions, Ohio State works to protect the university's brand and trademarks because these assets benefit students and faculty, and support our core academic mission of teaching and research," Johnson said.

The university's trademark and licensing program generates an average of more than $12.5 million annually in revenue, which provides funding for university programs and student scholarships, according to the statement from Johnson.

The university started using "the" with its name in 1986 when the institution introduced a new logo in the hopes of moving away from the "OSU" symbol, according to the school. The move was intended in part to distinguish it from two other schools with the same initials -- Oregon State University and Oklahoma State University.

The trend of emphasizing the word "the" took off in the mid-1990s, when the school wanted football players to use it while introducing themselves. It grew into a meme when NFL broadcasts featured clips of players saying their names and their alma maters. OSU alums emphasized they were from "THE Ohio State University." That OSU player intro was even parodied by "Saturday Night Live."