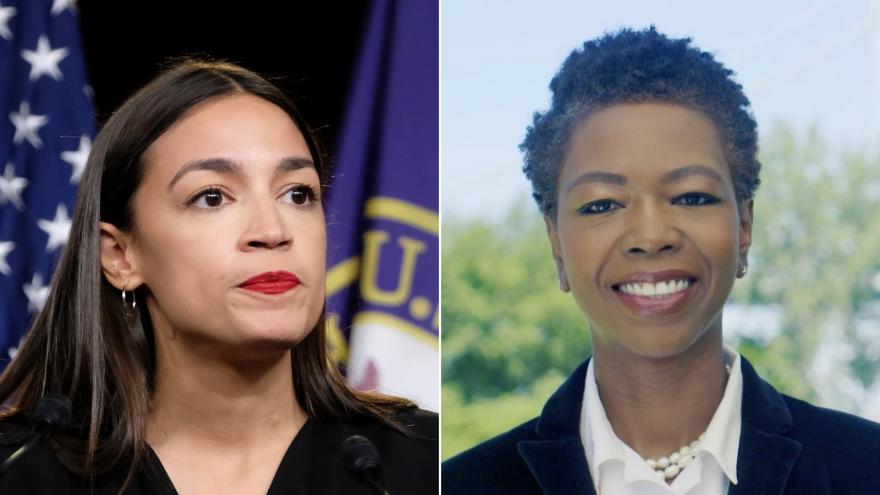 (CNN) -- Democratic Rep. Alexandria Ocasio-Cortez will face a 2020 Republican challenge from a Jamaican-American businesswoman who says that she will better represent and more effectively attract jobs to the district.

While Scherie Murray could potentially channel greater Republican opposition to Ocasio-Cortez -- who, in her calls to combat climate change and raise the minimum wage, has become a national face of democratic socialism -- her bid is a longshot in a Democratic stronghold.

Murray released a campaign announcement video Wednesday portraying herself as a bridge-builder and accusing Ocasio-Cortez of looking for media attention over serving constituents.

"Your representative in Washington chooses self promotion over service, conflict over constituents, resistance over assistance," Murray says in the video. "Queens and the Bronx need someone who will create jobs, instead of turning them away."

She also slammed Ocasio-Cortez for supporting for a pay raise for congressional lawmakers and "fighting for the limelight" instead of constituents in the video announcement, which makes no mention of President Donald Trump or the Republican Party.

CNN has reached out to Ocasio-Cortez's office for comment.

Murray said in a Facebook post Thursday that "thousands have signed up" to support her campaign in the first 24 hours. But the district, New York's 14th, has been overwhelmingly blue for several cycles -- Ocasio-Cortez won 78.2% of the vote in 2018, and former Rep. Joe Crowley won in 2016 with 82.9%. The challenge represents an apparent shift for Murray, who tweeted her congratulations to Ocasio-Cortez on her victory when she won the seat in November.

Murray immigrated to the United States from Jamaica when she was nine years old and is from southeast Queens, according to her campaign biography. In 2015, she lost a campaign to represent the New York Assembly's 29th District when, running as a Republican affiliated with the Reform Party, she won less than 10% of the vote. She previously founded a media company called The Esemel Group in 2004, which "generated employment opportunities for minorities in New York City," her biography says.

Speaking to Fox News' Sean Hannity on Wednesday, Murray said that Ocasio-Cortez's comments -- specifically those advocating for environmental protection and likening border detention facilities to concentration camps -- were "disgusting" and called for national political discourse to be "dialed back."

She slammed her opponent's "job-killing" proposal of a Green New Deal and accused Ocasio-Cortez of then going on to "kill the Amazon deal in New York" -- a project that Ocasio-Cortez openly criticized as protests erupted over the $1.53 billion in incentives offered by city leaders for the 25,000-job project.

When asked by Hannity about her feelings of Trump, Murray described her firsthand knowledge of what it is like "to go through the process" of immigration, adding that "the President is delivering on his promises when he got elected."