Nikolas Cruz walked into a McDonald's and sat with the brother of one of his victims after the Parkland shooting, surveillance video shows 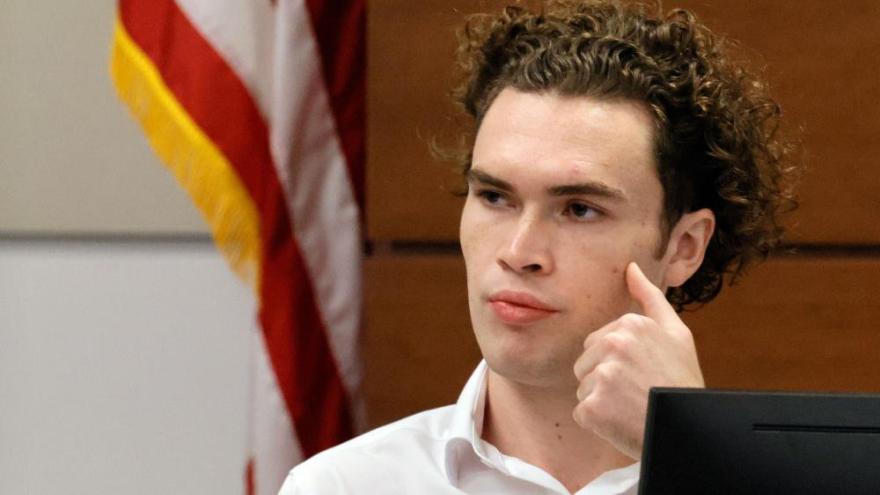 (CNN) -- After carrying out a massacre at a Parkland, Florida, high school that left 17 dead, gunman Nikolas Cruz sat next to the brother of a victim at McDonald's, surveillance footage played in court showed.

The trial comes after Cruz pleaded guilty last October to 17 counts of murder and 17 counts of attempted murder. The Parkland massacre launched the student-led movement March For Our Lives, which has pushed for gun safety legislation across the country.

On the fourth day of Cruz's sentencing trial, Wilford testified that he had walked to a nearby McDonald's after evacuating the chaotic scene at the school to wait for his mother to pick him up. Cruz sat with him at his table and asked if he could get a ride -- which Wilford declined.

Unbeknownst to Wilford, Cruz had just slaughtered 14 students and three adults and was initially able to leave the crime scene at the school by blending in with students fleeing campus.

Immediately after the shooting, Cruz went to a Walmart and bought a drink at a Subway there before heading to a McDonald's, where Wilford was sitting inside.

"He just sat down next to me," Wilford, who was a freshman, said in his testimony. "I didn't think much of it. I was panicked. I was just trying to get back home."

Wilford did not know who Cruz was and assumed he was a fellow student because of his uniform. Wilford later discovered that Cruz shot his sister, 15, at least three times.

'He was pretty insistent'

As Wilford was leaving to meet his mother who had arrived, Cruz asked for a ride.

"He was pretty insistent on it, and I said no," Wilford said. "I was just trying to get home, my sister wasn't answering her phone, I was nervous, I was panicked. I also had a bad gut feeling about it."

Surveillance video of the restaurant encounter was shown during Wilford's testimony. Cruz was at the McDonald's for less than a minute before he walked out. He was arrested about 40 minutes later.

Prosecutors presented on Thursday more witnesses focused on Cruz's actions following the shooting, including managers of both the Subway and McDonald's. The police officer who arrested Cruz also testified.

Court recessed before lunch and resumed on Friday with the state calling more witnesses.

Prosecutors have asked a panel of 12 jurors to sentence Cruz to death, while his defense attorneys have asked for life in prison without the possibility of parole.

The trial, which is likely to last months, will delve more deeply into Cruz's personal history and feature accounts from victims' families and those who witnessed the massacre.