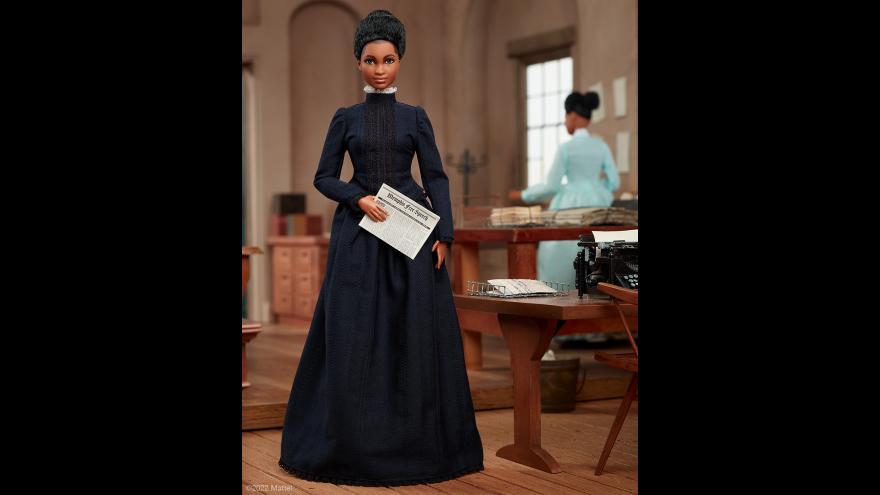 The doll will go on sale later this month.

(CNN) -- Ida B. Wells, the famed Black journalist who worked to expose the horrors of lynching, has now been immortalized by Barbie.

The latest addition to Barbie's "Inspiring Women" series, the Wells doll features the journalist in an 1800s-style high neck black dress, with her hair piled atop her head.

"When kids learn about heroes like Ida B. Wells, they don't just imagine a better future -- they know they have the power to make it come true," Barbie said in an Instagram post.

The doll is set to be available at major retailers by January 17.

Wells was born into slavery in 1862 and was actively involved in exposing racism in the US, writing about race and politics in the South. She owned the newspaper The Memphis Free Speech and Headlight and was a vocal critic of segregated schools. Later, she became active in the anti-lynching campaign in 1892 after multiple friends were lynched, according to the National Park Service, even visiting the White House to advocate for reforms.