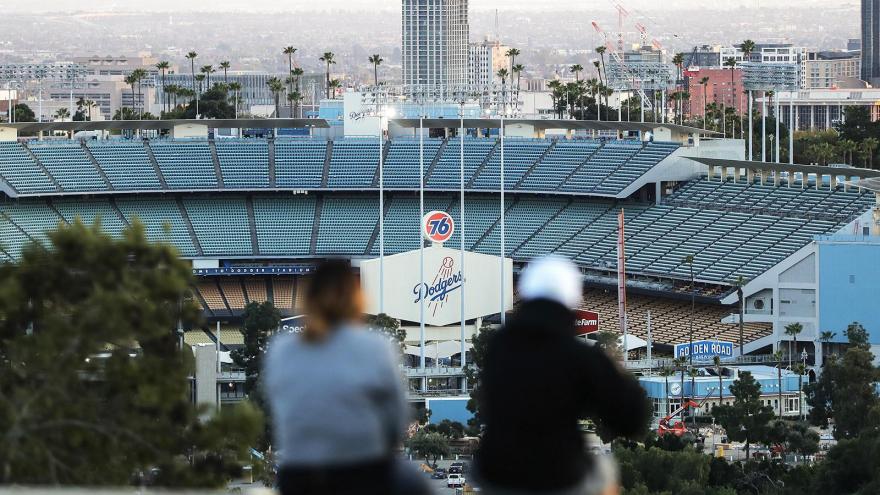 Major League Baseball announced Friday that -- with the ongoing coronavirus pandemic -- the All-Star Game between the American League and the National League wouldn't be possible this year.

(CNN) -- As the MLB season gears up for a late start this month, one thing will be missing: its annual All-Star Game.

Major League Baseball made the announcement Friday, writing that -- with the ongoing coronavirus pandemic -- the annual game between the American League and the National League wouldn't be possible this year.

The Los Angeles Dodgers were supposed to host the game this year, but will now host in 2022 instead.

"I want to thank the Dodgers organization and the City of Los Angeles for being collaborative partners in the early stages of All-Star preparation and for being patient and understanding in navigating the uncertainty created by the pandemic," said Baseball Commissioner Robert D. Manfred Jr. in a statement. "The 2022 All-Star celebration promises to be a memorable one with events throughout the city and at picturesque Dodger Stadium."

This is not the first time the All-Star game, also known as the Midsummer Classic, has been canceled. In 1945, the game was canceled amidst strict travel restrictions during the war.

The MLB season is scheduled to resume later this month -- on either the 23rd or the 24th -- and players reported to training camp this week. Typically, the season would have started in late March or early April, but the coronavirus made that impossible.

There will be some changes to the season, though, most notably the lack of roaring fans and the ban on spitting.