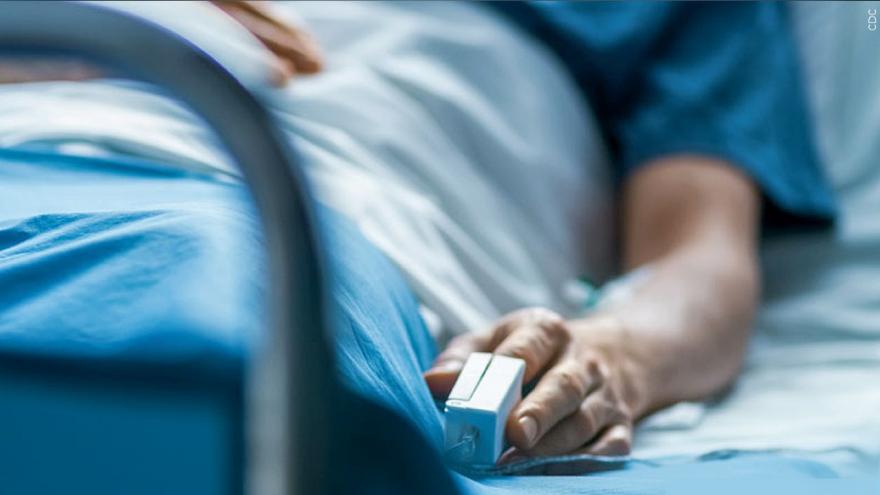 (CNN) -- Michigan continues to struggle amid the pandemic, setting a record this week for Covid-19 hospitalizations and leading the nation in per capita case rates, new data reveal.

The state also recently reported its highest seven-day average of new daily cases, at 10,014, on December 3. The average dipped on Monday to 8,585 a day -- still more than double where it was at the end of October, according to Johns Hopkins University data.

Last month, the state health department said the federal government was sending doctors, nurses and others to support certain hospitals.

As of Monday, about 55% of Michigan's population was fully vaccinated, tying it for 26th among the 50 states for that metric and below the US average of 60%, according to the US Centers for Disease Control and Prevention.

Michigan has reported more new cases per capita over the last week than any other state, with Minnesota and Rhode Island not far behind, according to JHU data. The daily case rate is more than double the US case rate.

The number of Covid-19 patients in Michigan hospitals is 4,638 currently hospitalized on Monday, according to the US Department of Health and Human Services. That tops the previous high set in November 2020.

In November, after Gov. Gretchen Whitmer asked for help, the federal government agreed to "send two medical teams to local hospitals to relieve doctors and nurses as they treat Covid-19 and other patients," Michigan's health department said.

The 44 medical personnel -- including doctors, nurses and respiratory therapists -- were being split between Dearborn's Beaumont Hospital outside Detroit, and the Spectrum Health system in Grand Rapids, the state health department said.

Though Covid-19 cases and hospitalizations in the United States dropped off at the tail end of a summer surge,they've risen over the past few weeks.

Michigan -- along with some other states that weren't initially hit as hard as the South by the summer surge -- has been especially under pressure.

The state previously reported its highest seven-day average of new daily cases for the pandemic, at 8,793 on November 19.

The new Omicron variant has raised new concerns, but the Delta variant remains highly dominant in the US -- and in Michigan. In the country, more than 99.9% of cases identified are the highly transmissible Delta variant.

Although more than a dozen US states have identified cases of the Omicron variant, Michigan has not yet identified any.

"Before we get to Omicron and what we know and what we don't know, Delta is still the most significant player by far that we have in the US and we're not in a terribly good place right now," Dr. Francis Collins, director of the National Institutes of Health, said Tuesday on CNN.

"Following Thanksgiving, we're seeing cases going up again now over 100,000 new cases every day, and we didn't want to be there, and hospitalizations also going up, and, sadly, deaths now in excess of 1,000 every day, the vast majority of those being unvaccinated people," Collins said.