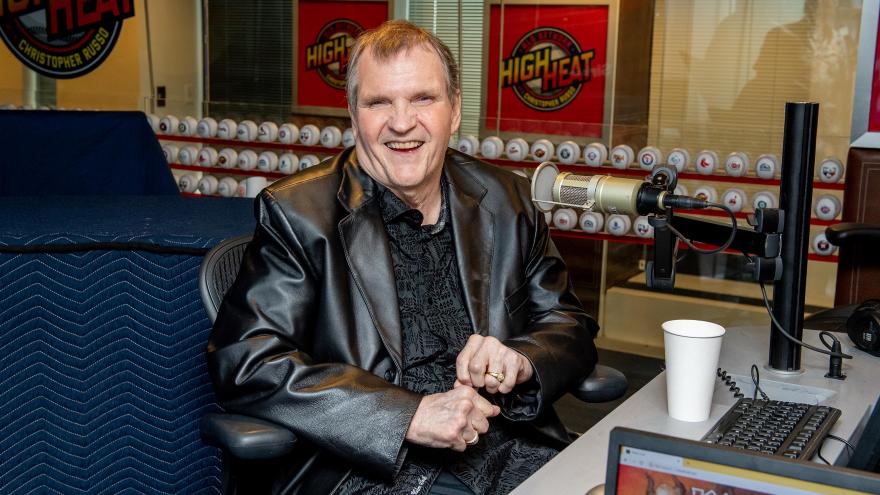 (CNN) -- Meat Loaf, the larger-than-life singer whose bombastic rock opera "Bat Out of Hell" is one of the best-selling albums of all time, has died at age 74, according to a statement on his verified Facebook page.

"Our hearts are broken to announce that the incomparable Meat Loaf passed away tonight with his wife Deborah by his side," the statement read. "Daughters Pearl and Amanda and close friends have been with him throughout the last 24 hours."

Meat Loaf's agent confirmed his death to CNN. No cause of death was shared.

Tributes poured in for the artist whose career spanned six decades.

"Had So Much Fun With Meatloaf When We Did "Dead Ringer,"" Cher tweeted. "Am Very Sorry For His Family,Friends,& Fans. Am I imagining It, or Are Amazing Ppl In The Arts Dying every other Day."

The singer, whose real name is Marvin Lee Aday, was born in Dallas.

Meat Loaf's two biggest albums -- 1977's "Bat Out of Hell" and the 1993 follow-up "Bat Out of Hell II: Back into Hell" -- produced numerous hit singles, including "Paradise by the Dashboard Light," "Two Out of Three Ain't Bad" and "I'd Do Anything for Love (But I Won't Do That)."

He also won a Grammy in 1993 for Best Solo Rock Vocal Performance for the song "I'd Do Anything for Love."

The singer acknowledged physical problems had affected his ability to perform. But in November, he posted on Facebook that he'd had four back surgeries and would be back in the studio in the new year.

"The back surgeries hurt everything. Before the back surgeries I was still trying to do shows, that's when some of you saw or heard of me collapsing on stage and finally stopping the tour in the UK. I couldn't hit high notes because of back pain. Not a slight back pain. Pain that would bring you to your knees," he wrote.

In 2016, Meat Loaf collapsed at a concert in the Canadian city of Edmonton and was admitted to the hospital. The cause was dehydration, a spokesperson said at the time.