Massachusetts man tells two hikers he has Covid-19 and then spits on them for not wearing masks, police say 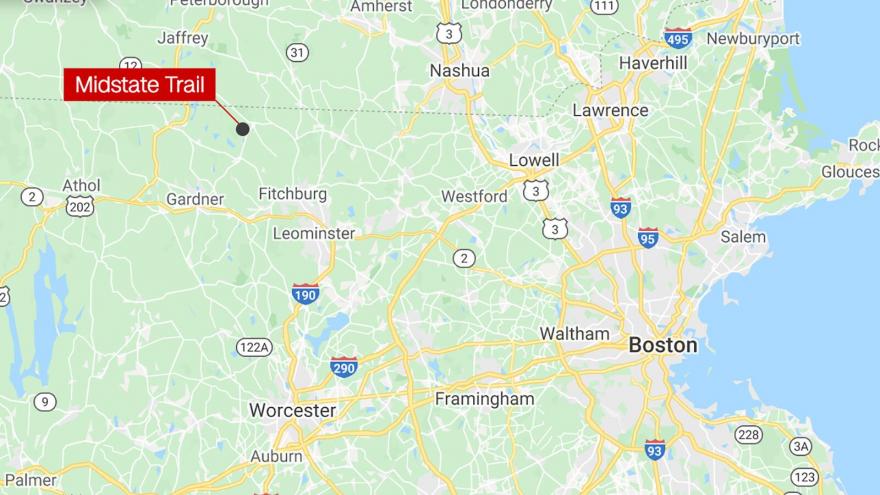 A video appeared to show a man spit on two hikers took place at Midstate Trail in Ashburnham, MA, on Nov. 15.

(CNN) -- Massachusetts police are looking for a man who told two hikers who weren't wearing masks he had Covid-19 and spat at them several times Sunday.

The man told the hikers it was the "law" to wear masks, saying they were selfish and "completely irresponsible" before spitting at them.

The incident took place at the Hudson Overlook on the Midstate Trail in Ashburnham, police say.

The Ashburnham Police Department provided CNN with a one-minute long video of the incident. CNN is not showing the video at this time.

Police did not provide the identity of the women who took the video. CNN cannot confirm what happened prior to the beginning of the video.

In the video, the man can be heard asking "You're not wearing a mask?" when one of the women interrupts him.

Moments later, he turns around and says "Selfish is what it is, completely irresponsible."

"OK, thank you so much for your input," the woman responds.

The man keeps walking away, but pulls his mask down, turns around and begins to walk back toward the women. The woman with him tries to grab his arm and stop him but he walks toward the other hikers.

"No, you won't be soon," he replies, spitting at them once more.

"Stop it!" the man's hiking partner says to him, as he laughs and walks back to her.

He laughs and adds "That's arrogant, completely arrogant," as he hikes away.

The man could face a misdemeanor charge of assault and a charge of false threat of a biological agent, which is a felony, depending on what the facts reveal, Ashburnham Lt. Chris Conrad told CNN.

Face masks or cloth coverings are required in all public places in Massachusetts, indoors and outdoors, even if people are able to maintain 6 feet of social distancing, according to a revised November 6 order from Gov. Charlie Baker.