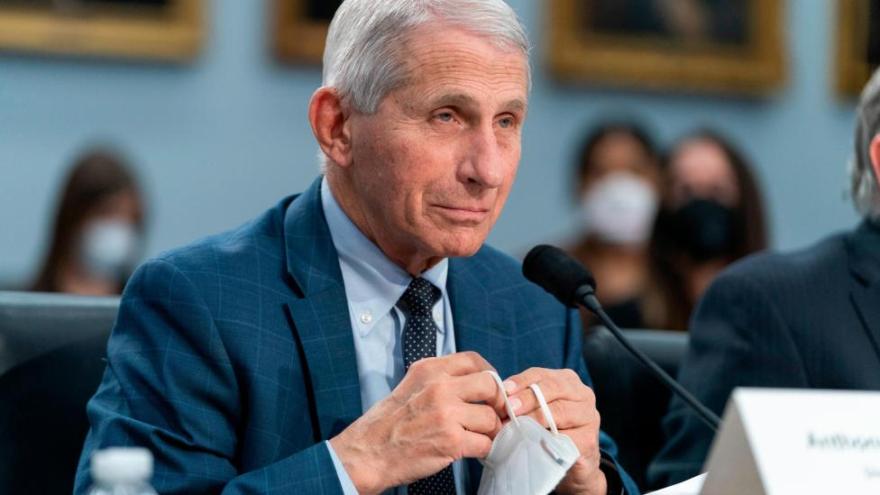 A man was sentenced on August 4 to more than three years in federal prison for sending threatening emails to Dr. Anthony Fauci, the nation's top infectious disease expert. Fauci is pictured here in May.

Thomas Patrick Connally Jr., 56, was sentenced in US District Court in Maryland to 37 months in federal prison, followed by three years of supervised release. He had been arrested by authorities in West Virginia and charged last year with threats against a federal official and interstate communication containing a threat to harm.

In his plea agreement, Connally admitted to sending a series of emails threatening to harm and/or kill Fauci and his family through an encrypted email service based in Switzerland. The investigation revealed that the encrypted email account was associated with Connally, the Justice Department said.

Fauci started receiving the threatening messages to his work email at the National Institute of Allergy and Infectious Diseases in Maryland in December 2020, the first of which came with the subject line: "Hope you get a bullet in your compromised satanic skull today," according to the complaint.

One of seven emails that Connally sent to Fauci in a day read: "You and your entire family will be dragged into the street, beaten to death, and set on fire," according to the complaint.

Connally also sent threatening emails to Dr. Francis Collins, the former director of the National Institutes of Health, and Dr. Rachel Levine, the assistant secretary for health at the US Department of Health and Human Services.

"Everyone has the right to disagree, but you do not have the right to threaten a federal official's life," US Attorney for the District of Maryland Erek L. Barron said in a statement. "Threats like these will be prosecuted to the fullest extent of the law."

Fauci, who also is chief medical adviser to President Joe Biden, was forced to beef up security in 2020 as death threats increased amid the Covid-19 pandemic.