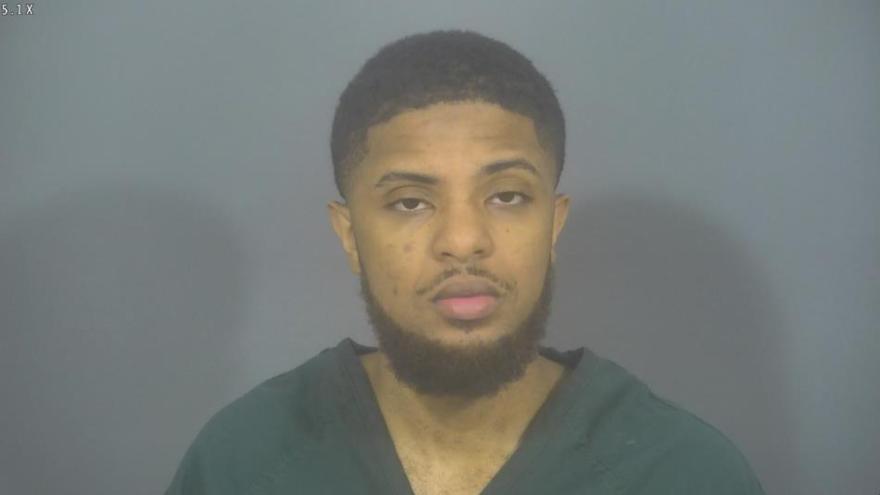 ST. JOSEPH COUNTY, Ind. – A man was arrested after he allegedly raped and strangled a woman on June 11, according to the probable cause affidavit.

Alquan Smith, 24, was arrested on the charges of rape, strangulation, domestic battery, and resisting law enforcement.

On June 11, officers with the Mishawaka Police Department were called to a residence on Pin Oak Circle for a domestic disturbance.

When officers arrived, a man, later identified as Smith, ran from the residence wearing only a pair of shorts and allegedly ignored officers telling him to stop.

The officers had to chase and catch Smith in order to continue their investigation, reports said.

At the residence, officers spoke with the victim, who said she was sexually assaulted by Smith.

The victim told investigators that she let Smith sleep at her residence the night before because he doesn’t have his own permanent home.

During the night, Smith allegedly began making sexual advances on her but that she told him “no.”

She said Smith pulled her from the bedroom, where her child was sleeping, to the bathroom and pressured her to perform a sex act, to which she ultimately relented, reports said.

The victim said Smith then raped her, even though she was crying and continued to tell him “no,” according to reports.

At some point during the incident in the bathroom, Smith allegedly strangled her, causing her to have trouble breathing.

The victim said she was able to get away from Smith and texted her mother for help. Her mother called police on her behalf.

The victim could get away from Smith once her stepmother and then police arrived at the residence.

Investigators spoke with Smith, who confirmed the victim let him sleep at her residence the previous night.

He said he began making sexual advances on the victim during the night and that she voluntarily went to the bathroom with him and performed a sex act, reports said.

Smith said he continued to be intimate with the victim even though she was crying and telling him “no,” according to reports.

Smith didn’t believe her saying “no” really meant “no” because she was otherwise physically complying with him, according to the probable cause affidavit.

He said he’s been intimate with her before despite her saying “no” because that’s what they do, reports said.

Smith told investigators he became physical with her afterward and she may have thought he was strangling her because he had his hands on her upper chest and was much stronger than her, according to reports.

Smith said he ran from the residence when police got there because he was scared.

Three other people who were at the residence when police were called told investigators they had been woken up by the victim and Smith fighting and the victim telling Smith to stop before Smith ran from the residence.