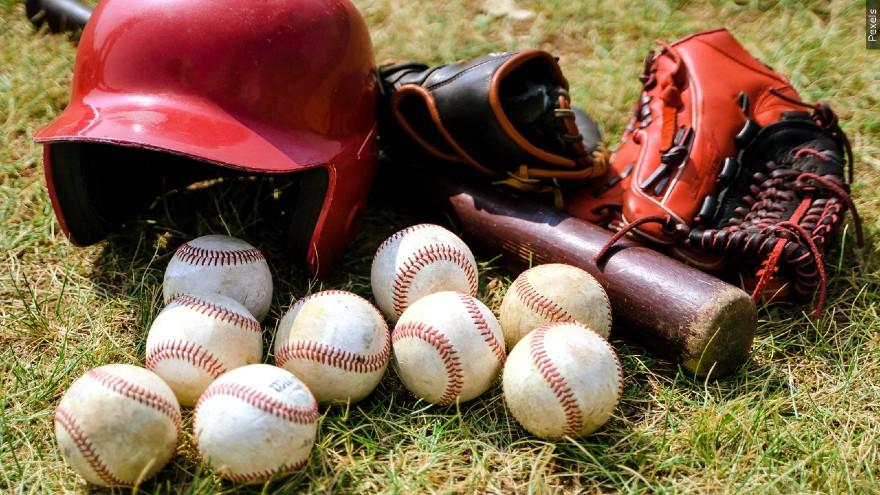 (CNN) -- The 12-year-old player in the Little League World Series who fell from a bunk bed is no longer under sedation and even received a supportive video message Wednesday from his favorite Major League Baseball player, according to an Instagram account set-up to provide updates on his condition.

Easton Oliverson of Utah's Snow Canyon Little League suffered a fractured skull after falling from a bunk bed at the players' dormitory in Williamsport, Pennsylvania, early Monday morning, his team told CNN. He is being treated at Geisinger Janet Weis Children's Hospital in Danville, Pennsylvania, according to a hospital spokesperson.

"Hey Easton, it's Mookie Betts. I just want you to know that we are praying for you, thinking of you and I hope to see you soon, my man," Betts, known to be Easton's favorite player, said on video Wednesday.

"This morning's updates have us all in tears of joy," the post read, accompanied by a picture of Easton and a video of him eating from a spoon with eyes closed in his hospital bed.

The post also said Easton asked for water Wednesday morning, which his doctors said was good since it usually takes about a week or two before patients who have had a breathing tube removed want to eat or drink.

"While Easton is making TREMENDOUS progress, he still has a very long road ahead," the post read.

The injury happened early Monday morning, according to a statement from Little League International. St. George News reports Easton fell out of his bed in his sleep in the middle of the night, citing a source within the team.

Easton was airlifted to the local children's hospital, where he underwent surgery to stop the bleeding and stabilize him, according to his Instagram account. He was then put into a medically induced coma, his team said.

Easton's father, Jace, who is an assistant coach on his son's team, said in a statement, "There was a lot of blood in his brain and a lot of pressure being caused. He had what was called an epidural hematoma. He fractured his skull and in the meantime punctured an artery outside the brain which caused the bleeding."

The Little League World Series released a statement to CNN Wednesday saying the bunk beds at the players' dorms did not have safety rails and have since been removed from the dorms.

"Since 1992, Little League has used institutional-style bunk beds to offer the most space for the players to enjoy their time in the dorms. While these beds do not have guard rails, Little League is unaware of any serious injuries ever occurring during that period of time," the league's statement read. "Out of an abundance of caution, Little League has made the decision to remove all bunks from within the dorms and have each bed frame individually on the floor."

The league said it would use all available resources to "support the player, his family, and his coaches and teammates, as we navigate this unfortunate situation."

Easton's Snow Canyon Little League team is scheduled to play its first game of the Little League World Series Friday afternoon. Snow Canyon is the first team from Utah to make it to the series in the 75-year history of the tournament.