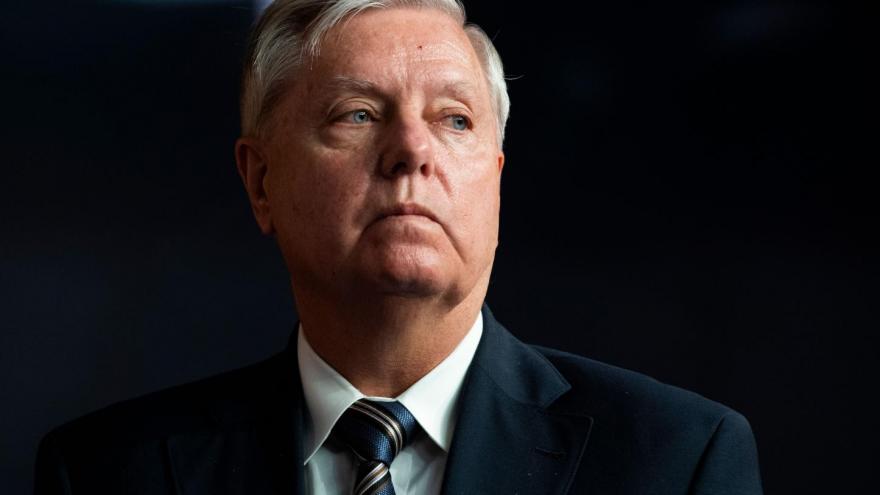 Sen. Lindsey Graham this week injected himself into a dispute at the University of Notre Dame, where some students briefly opposed an effort to open a Chick-fil-A over its owners' religious positions, in the Republican senator's latest effort to seize upon a culture war issue to score points with his party's base.

(CNN) -- Sen. Lindsey Graham this week injected himself into a dispute at the University of Notre Dame, where some students briefly opposed an effort to open a Chick-fil-A over its owners' religious positions, in the Republican senator's latest effort to seize upon a culture war issue to score points with his party's base.

"I have always thought @NotreDame was one of the greatest universities in America, if not the world," Graham tweeted Wednesday, linking to a Fox News story that reported that about 180 University of Notre Dame students and faculty had signed onto an open letter against the campus' consideration of adding Chick-fil-A to its Indiana campus.

"It's disappointing to hear some ND students and faculty want to ban Chick-fil-A from doing business on campus because they disagree with the values held by the Chick-fil-A founders," Graham argued. "What a dangerous precedent to set."

He then declared, "I want everyone in South Carolina and across America to know I have Chick fil-A's back. I hope we don't have to, but I will go to war for the principles Chick fil-A stands for."

In a letter to the editor published July 1 in the student newspaper The Observer, two students opposed Chick-fil-A's addition to Notre Dame's campus largely due to its "long history of antagonism toward the LGBTQ+ community" and past donations of "significant sums to groups that oppose LGBTQ+ rights."

Chick-fil-A's leadership has previously supported pro-Christian positions. Following criticism, the company announced in 2019 that it would end donations to two organizations, the Salvation Army and the Fellowship of Christian Athletes, that have been criticized for being anti-LGBTQ, and instead work with organizations that focus on education, homelessness and hunger.

"Even though Chick-fil-A has halted the worst of its donations, patronizing Chick-fil-A means lining Cathy's pockets," they wrote, referring to Chick-fil-A's billionaire CEO Dan Cathy, who in 2012 said his company backs the so-called traditional family unit and has recently donated to a group fighting the Equality Act, according to The Daily Beast.

The students also noted the chicken chain's reliance on factory farming and "environmentally unsustainable" animal agriculture, and argued that the menu doesn't offer many options, particularly for vegetarians and vegans, and its policy of being closed on Sundays "is not best for a bustling, hungry college campus."

The students urged others to sign their open letter and to call on university leaders to stop catering Chick-fil-A at campus events.

"Notre Dame has examined the concerns surrounding Chick-fil-A's charitable giving, discussed them with company representatives, campus partners and students and believes that Chick-fil-A has responded to these issues in a satisfactory manner," the university said in a statement Thursday reported by WNDU.

"Our students have overwhelmingly expressed a desire to have a Chick-fil-A restaurant on campus, and we look forward to opening one early next year."

Graham celebrated the news on Thursday, tweeting "Big win!" and "well done to all the patriots at Notre Dame who stood up for Chick-fil-A and against Cancel Culture."