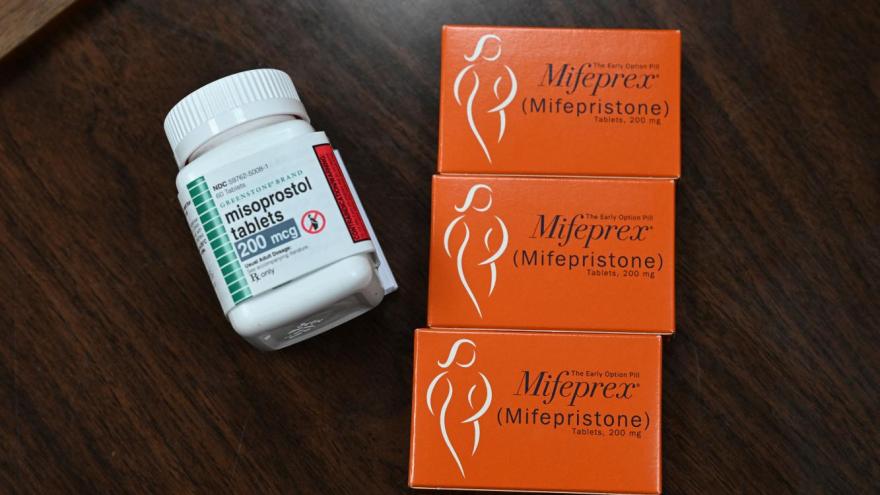 (CNN) -- The legal fight around medication abortion -- the two-pill regimen that allows women to terminate their pregnancies -- escalated Wednesday with separate lawsuits filed in two states challenging their restrictions on the method.

One lawsuit was filed by GenBioPro, a major manufacturer of mifepristone, which is the first drug used in the medication abortion process, in West Virginia challenging the state's laws limiting access to the drug, including the outright ban on abortion lawmakers passed last year.

The second lawsuit was filed by an OB-GYN in North Carolina and targets the requirements that state places on obtaining abortion pills that go beyond the federal standards for provision of medication abortion.

The lawsuits represent one of several new legal battlefronts that have emerged since the Supreme Court's June ruling that reversed the decades-old Roe v. Wade precedent protecting abortion rights nationwide, allowing states to implement restrictions and bans on the procedure.

Medication abortion, which now makes up a majority of abortions obtained in the United States, has become a particularly acute flashpoint in the fallout from the Supreme Court's decision. In November, anti-abortion advocates sued the US Food and Drug Administration, seeking to block its 20-year-old approval of mifepristone; the Texas federal court where that lawsuit was filed could rule as early as next month whether the FDA's abortion pill policies should be halted.

While many states already have laws that prohibit medication abortion, legislators have signaled they'll be exploring new ways to clamp down on the avenues abortion-seekers have for accessing abortion pills as statehouses reconvene this year.

The two new lawsuits in North Carolina and West Virginia make similar arguments, alleging those states' restrictions run afoul of the US Constitution because they are preempted by federal law that gives the FDA the authority to approve and regulate medication abortion.

GenBioPro argues that West Virginia's laws violate the authority the Commerce Clause grants Congress to regulate interstate commerce. Amy Bryant, the medical provider suing in North Carolina, alleges that the state's stringent requirements on where women can access abortion pills, as well as its mandated waiting period for obtaining an abortion, are imposing "unnecessary costs on Plaintiff and her practice and interfere with her ability to provide medical care to her patients according to her best medical judgment and in accordance with federal law."

A spokesperson for North Carolina's Attorney General Josh Stein, a Democrat who is a defendant in the North Carolina lawsuit, said that his office was reviewing the complaint.

West Virginia Attorney General Patrick Morrisey, a Republican who was sued in the GenBioPro lawsuit, said in a statement his office was "prepared to defend West Virginia's new abortion law to the fullest."

"While it may not sit well with manufacturers of abortion drugs, the U.S. Supreme Court has made it clear that regulating abortion is a state issue," Morrisey said. "I will stand strong for the life of the unborn and will not relent in our defense of this clearly constitutional law."