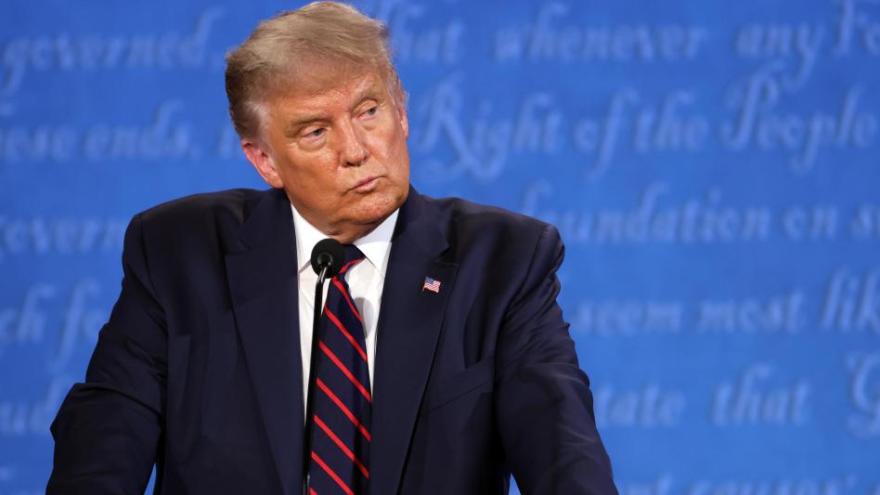 (CNN) -- A federal judge ruled Wednesday that prosecutors can use video of then-President Donald Trump telling the far-right group the Proud Boys to "stand back and stand by" in the trial against several of the group's leaders charged with seditious conspiracy.

District Judge Timothy Kelly said that the former president's comments showed "an additional motive to advocate for Mr. Trump (and) engage in the charged conspiracy" to keep Trump in power.

During a presidential debate in 2020, Trump was asked by moderator Chris Wallace if he would condemn white supremacists and militia groups. Democratic candidate Joe Biden interjected and specifically mentioned the Proud Boys.

The comment, according to prosecutors and members of the Proud Boys who testified publicly to the House select committee investigating January 6, was celebrated by the far-right group and was used as a recruiting tool.

Nick Smith, a lawyer for Ethan Nordean -- one of the defendants in the case -- argued that Trump's comments didn't reflect any of the actions his client and the four other defendants are alleged to have taken during the conspiracy, and that the infamous comment would be unduly prejudicial with the jury.

Kelly rejected the argument, noting that defendant Enrique Tarrio, the then chairman of the Proud Boys and a defendant in the trial, tweeted, "standing by, sir" immediately after the debate.

Prosecutors say they plan to present the video as part of their opening statement -- currently scheduled for Thursday -- in the trial.