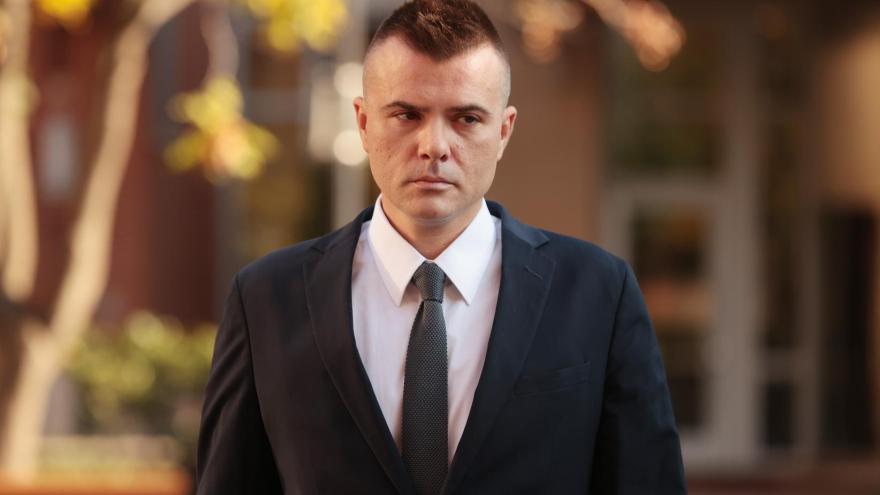 Russian analyst Igor Danchenko arrives at the Albert V. Bryan U.S. Courthouse before being arraigned in November 2021 in Alexandria, Virginia. A judge dropped one of the five charges against Danchenko, specifically pertaining to the allegation that he lied to the FBI.

(CNN) -- The judge dropped one of the five charges against Igor Danchenko, specifically pertaining to the allegation that he lied to the FBI about speaking with a Democratic operative about the anti-Trump dossier.

District Judge Anthony Trenga said in court Friday that Danchenko's answer to the FBI interviewer "was literally true" and that Durham's case on that specific charge was too weak to send to the jury. This is a major victory for Danchenko, who has maintained that he told the truth to the FBI agents who were trying to corroborate the dossier in 2017.

The ruling was a blow to Durham, who has personally handled many of the arguments and witness questioning throughout the trial. He personally pushed Trenga to uphold the charge on Friday before the judge's ruling.

Danchenko still faces four additional counts of lying to the FBI, which is a felony. Those remaining counts pertain to Danchenko's alleged false statements about whether he got a phone call in July 2016 from a Belarusian-American businessman who had been in touch with people in Donald Trump's orbit.

The trial will continue on Monday with closing statements and jury deliberations.

A Trump-era holdover, Durham was tapped in 2019 by then-Attorney General Bill Barr to "investigate the investigators," and look for government misconduct in the Trump-Russia probe.

But in three-plus years, Durham has only secured one criminal conviction -- the guilty plea of a low-level FBI lawyer, who was sentenced to probation. Durham's only other prosecution has been against a Hillary Clinton campaign attorney, who was acquitted by a jury in May of lying to a senior FBI official during a meeting about Trump's possible ties to Russia.

Durham hasn't delivered anything resembling the Watergate-level bombshells that Trump has repeatedly said are coming. And CNN has previously reported that the special counsel probe is winding down, and that the Danchenko case is Durham's final expected trial.

The charge that was dropped pertained to whether Danchenko lied about discussing specific dossier material with Charles Dolan, a public relations executive with expertise in Russian affairs and decades of political ties to Bill and Hillary Clinton. While not a high-level Democratic operative in recent years, Dolan previously held positions in Bill Clinton's campaign and volunteered for Hillary Clinton in 2016.

The largely discredited dossier contained explosive claims about Trump's supposed collusion with Russia. But it also featured a relatively mundane item about infighting within the notoriously tumultuous Trump campaign -- and when Durham charged Danchenko last year, the indictment revealed that this gossip item originated from Dolan.

Emails show that Dolan misled Danchenko about where he got the gossip, by attributing it to a "GOP friend" who was "a close associate of Trump," when it really came from press clippings. Dolan testified Thursday that he had lied to Danchenko about meeting with a "GOP friend," and really just sent Danchenko what he had heard on cable news.

In 2017, when the FBI was scrambling to corroborate the dossier, an FBI agent asked Danchenko if he ever "talked" with Dolan about "anything that showed up in the dossier." Danchenko said no, which Durham claimed was a lie, forming the basis of the false statement charge.

The judge ruled Friday that Danchenko was technically telling the truth, because the evidence established that they only emailed about the dossier but never "talked" about it. In issuing his ruling, the judge said Durham's team was trying to strech the definition of "talked" to include more than it actually does, and that it would be improper for a jury to convict Danchenko using Durham's interpretation of the law.