January 6 Vice Chair Cheney said Trump had a 'seven-part plan' to overturn the election. Here's what she meant 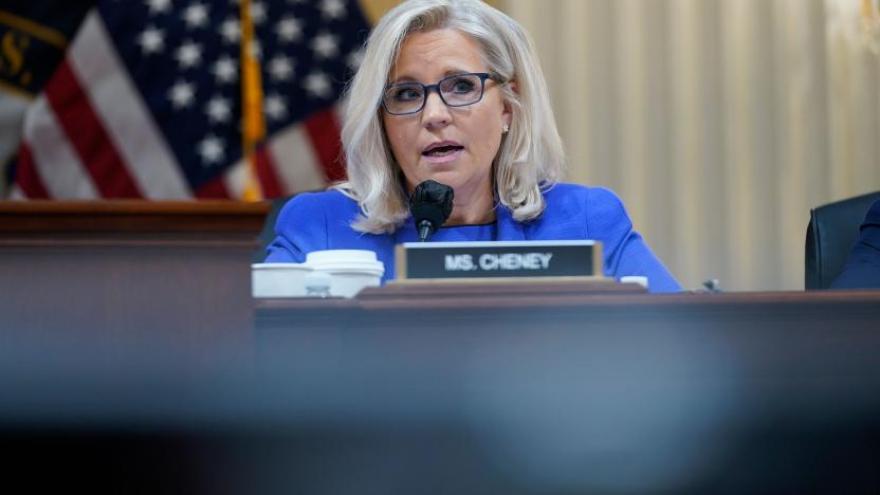 Vice Chair Liz Cheney, a Wyoming Republican, gives her opening remarks as the House select committee investigating the January 6, 2021, attack on the US Capitol holds its first prime-time hearing at the Capitol in Washington, on June 9.

(CNN) -- Former President Donald Trump had a "sophisticated seven-point plan" to overturn the 2020 presidential election over the course of several months, January 6 committee Vice Chair Liz Cheney said, detailing how the panel plans to use its future hearings to tackle each part of the scheme.

"On the morning of January 6, President Donald Trump's intention was to remain president of the United States, despite the lawful outcome of the 2020 election and in violation of his Constitutional obligation to relinquish power," Cheney, a Wyoming Republican, said in her opening statement at Thursday's prime-time hearing.

Cheney did not detail the specific points of the plan in her opening statement. She said that the rioters who breached the Capitol and fought with police were motivated by Trump's actions falsely claiming that the election was stolen from him.

"President Trump summoned the mob, assembled the mob and lit the flame of this attack," Cheney said, echoing the statement she made in 2021 when she voted to impeach Trump.

"President Trump oversaw a sophisticated seven-part plan to overturn the 2020 election and prevent the transition of presidential power.

These are initial findings and the Select Committee's investigation is still ongoing. In addition, the Department of Justice is currently working with cooperating witnesses, and has disclosed to date only certain of the information it has identified from encrypted communications and other sources."