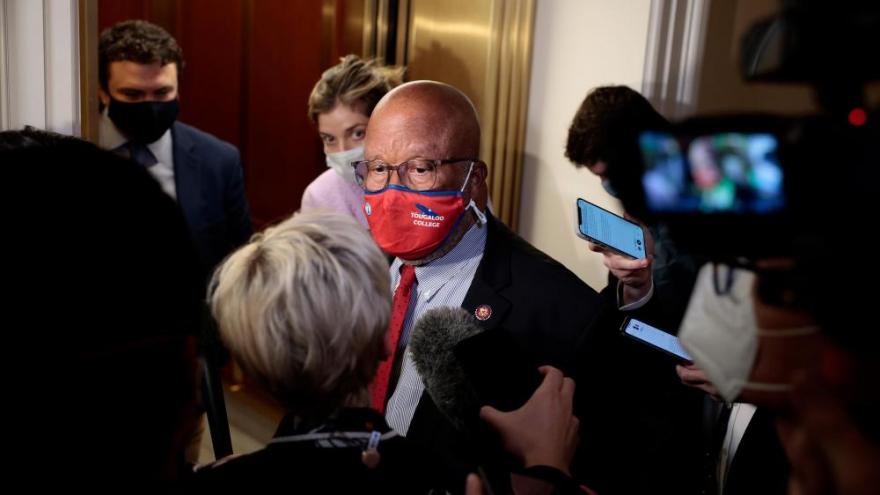 Rep. Bennie Thompson, chair of the select committee investigating the January 6 attack, speaks to reporters after the conclusion of a business meeting on Capitol Hill in December.

Thompson said the hearings will be a "mixture of some prime time and some regular" and they "will tell the story about what happened." Thompson also said he expects "at this point the first hearing is June 9th," though that date did not appear to be finalized.

When and how many public hearings the committee would have has been an open question as the panel has ramped up its investigation over the past year.

Thompson also said the committee will be reaching out to more members of Congress as soon as this week that they want to speak to -- including Republicans in both the House and the Senate.

"Some other members will be sent letters," Thompson said Thursday, emphasizing that these were members who the panel has not reached out to yet. "And we plan to provide the press copies of the letters."

Thompson also said the committee will be reaching back out to the three lawmakers it initially asked to speak with by the end of the week. Those three are: House Minority Leader Kevin McCarthy and GOP Reps. Scott Perry of Pennsylvania and Jim Jordan of Ohio.

The news of public hearings comes as the committee continues to seek witnesses. Rudy Giuliani is expected to appear next month before the committee, according to sources familiar with the matter, CNN reported Wednesday. That expected appearance comes after months of negotiations between lawmakers and the former mayor of New York, who served as former President Donald Trump's personal attorney for much of his presidency.