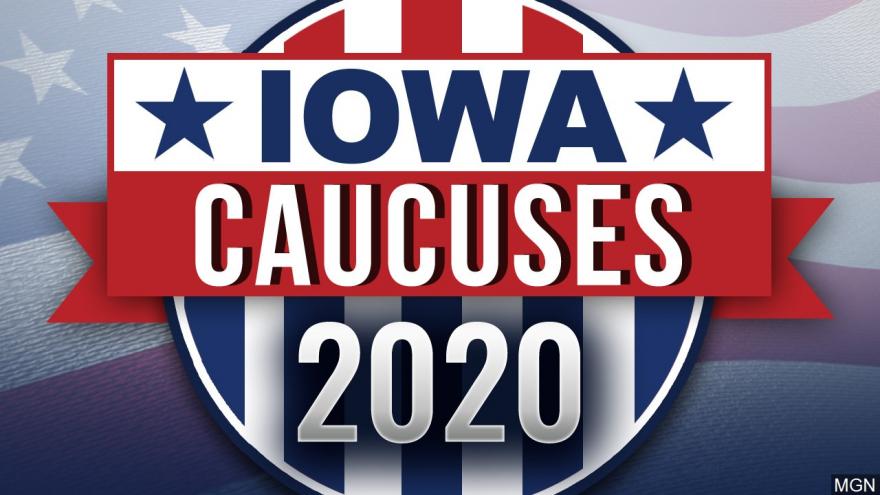 Nearly 12,000 Democratic caucusgoers participated in the first day of early voting in Nevada, the state party announced, a considerable turnout that Democrats celebrated even as some voters voiced concerns over long wait times.

(CNN) -- The Iowa Democratic Party has begun the partial recanvass of the state's caucus precinct results requested by the campaigns of Bernie Sanders and Pete Buttigieg, a party spokesperson told CNN.

The process -- which the party believes will take two days -- comes after the state's treasured first-in-the-nation contest fell into turmoil as the reporting methods for the more than 1,700 precincts broke down, halting the emergence of a clear winner and forcing a slow rollout of partial results.

It took the party days to release the full count of votes and multiple campaigns highlighted errors in those counts after they were released.

Initially, it appeared no campaigns were eager for a recanvass. But Sanders' campaign always reserved the right to call for a partial one.

"While a recanvass is just the first step in the process and we don't expect it to change the current calculations, it is a necessary part of making sure Iowans can trust the final results of the caucus," Sanders senior adviser Jeff Weaver previously said in a statement.

If the results are left unchanged, Buttigieg, the former mayor of South Bend, Indiana, would be the winner of the Iowa caucuses with 14 delegates, according to the Iowa Democratic Party.

Sanders will receive 12, Massachusetts Sen. Elizabeth Warren will get eight, former Vice President Joe Biden will receive six, and Minnesota Sen. Amy Klobuchar will get one.

Iowa Democratic Party chairman Mark Smith is overseeing the recanvass. Smith was elected to the position on Saturday after the party's former chairman, Troy Price, resigned amid the delay in results.

Pressure had been rising on Price to resign since the caucus night, but he told friends he intended to stay in his post until the recanvass was completed. But since that process was taking longer than expected, allies urged him to step aside now to begin trying to restore credibility to the party.