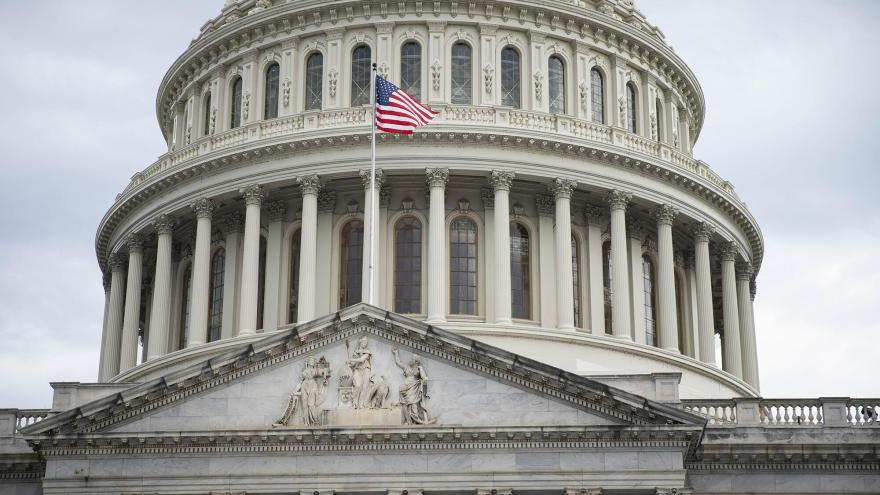 The House voted June 9 to pass a "red flag" bill intended to keep guns out of the hands of those who pose a threat to themselves or others.

(CNN) -- The House voted Thursday to pass a federal "red flag" bill intended to keep guns out of the hands of those who pose a threat to themselves or others as a bipartisan group of senators work to figure out a package that could garner 60 votes in the Senate on gun safety reform.

The legislation would authorize and establish guidance for federal courts to issue extreme risk protection orders. it would allow family members to request a federal court order that would remove access to firearms for someone who is deemed a danger to themselves or others by the court.

Rep. Lucy McBath, a Georgia Democrat whose son was shot and killed at a gas station by a man who thought he was playing his music too loudly, sponsored thee House bill with California Democratic Rep. Salud Carbajal.

Democratic Rep. Jared Golden of Maine voted against it.

The bill is part of the House Democrats' push on gun control in the wake of recent mass shootings, although the fate of any legislation resides in the Senate amid widespread Republican opposition.

On Wednesday, the House passed legislation that would raise the legal age to buy certain semiautomatic centerfire rifles from 18 to 21 years old, establish new federal offenses for gun trafficking and for selling large-capacity magazines and allow local governments to compensate individuals who surrender such magazines through a buyback program.

House Democrats' efforts to pass gun safety legislation comes as a bipartisan group of senators is working to figure out a package that could get 60 votes in the Senate to advance the legislation in the wake of the tragic Uvalde school shooting and Buffalo supermarket shooting.

Sen. Chris Murphy of Connecticut, the lead Democrat in the bipartisan negotiations on gun safety reform, told CNN he believes there will be more than 10 Republicans supporting gun safety reform in the Senate.

"I think we will put together a package that will get more than 10 Republican votes," he told CNN's John Berman on "New Day" Thursday.

Hours after Murphy said he hoped a deal would come this week, a top GOP negotiator poured cold water on those plans.

"But having said that, we're making good progress," he added.

On what's being discussed, Murphy said federally mandated red flag laws, like the one that just passed the House Thursday, are not on the table in discussions with Republicans. Those laws, which currently exist in 19 states, allow a judge to temporarily take away the guns of someone who is deemed a threat to themselves or others.

"I think there has been some lingering confusion," Murphy said. "Past proposals have suggested a federal red flag law. I've actually never thought that was a good idea. I don't think you want law enforcement to have to go into the federal courts to take, temporarily, firearms away from a dangerous individual. So we have to clean up some of the confusion around what we are proposing."

He added: "We are talking about is incentivizing state red flag laws and providing substantial funding to implement them."