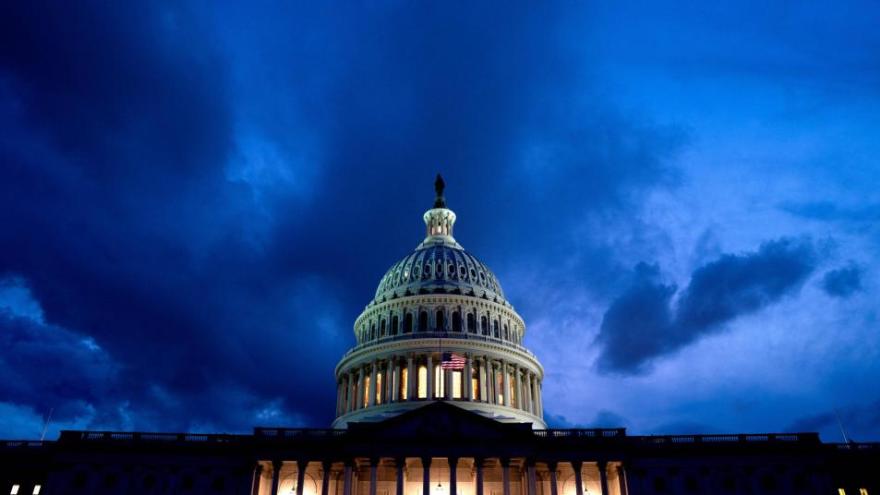 On September 1, the House Oversight Committee announced it had reached a deal with former President Donald Trump to end litigation over Trump's financial records. The Capitol building is seen here on August 6.

(CNN) -- The House Oversight Committee has reached a deal with former President Donald Trump to end litigation over Trump's financial records, according to a filing obtained by CNN.

In a press release following the filing, the committee claims this deal means that the former President's accounting firm, Mazars, will turn over Trump's financial records, but the filing does not specify the terms of the settlement.

The committee first subpoenaed Trump's financial records in April 2019, which set off a long battle over the documents.

"After numerous court victories, I am pleased that my Committee has now reached an agreement to obtain key financial documents that former President Trump fought for years to hide from Congress" House Oversight Chairwoman Carolyn Maloney said in the release.

"After facing years of delay tactics, the Committee has now reached an agreement with the former President and his accounting firm, Mazars USA, to obtain critical documents. These documents will inform the Committee's efforts to get to the bottom of former President Trump's egregious conduct and ensure that future presidents do not abuse their position of power for personal gain" Maloney added.

"Under the agreement reached by the Committee, former President Trump has agreed not to further appeal the D.C. Circuit's ruling, and Mazars USA has agreed to comply with the court's order and produce responsive documents to the Committee as expeditiously as possible," the press release from the committee said.

The court filing said the two sides reached an agreement on August 30.