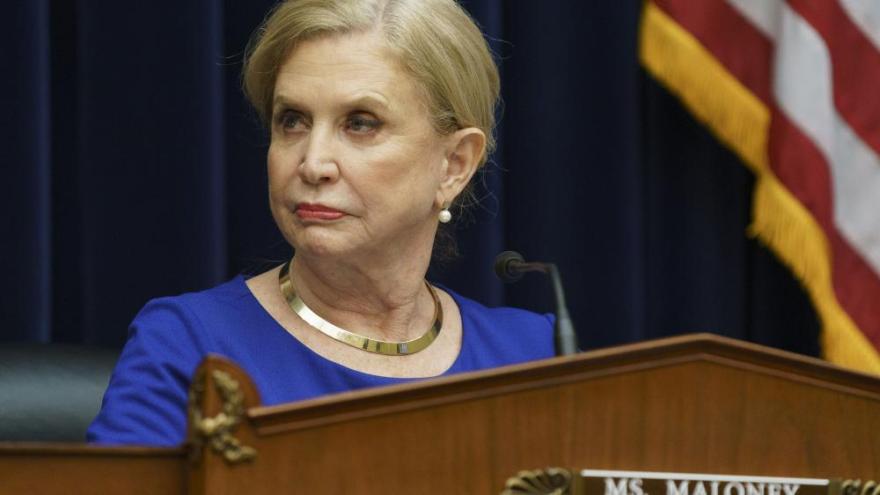 Rep. Carolyn Maloney, chair of the House Oversight and Reform Committee is asking the National Archives for an assessment of whether there are presidential records still unaccounted for and in Donald Trump's possession.

(CNN) -- The House Oversight Committee is asking the National Archives for an assessment of whether there are presidential records still unaccounted for and in Donald Trump's possession, according to a new letter obtained by CNN.

The committee's chairwoman, Rep. Carolyn Maloney, a New York Democrat, also is requesting in the letter that the National Archives and Records Administration, or NARA, seek a "personal certification" from Trump that he has turned over all presidential records he "illegally removed" from the White House.

"In light of the serious risk that Mr. Trump may still be retaining sensitive government records at Mar-a-Lago or his other properties, I urge NARA to seek a personal certification from Donald Trump that he has surrendered all presidential records that he illegally removed from the White House after leaving office," Maloney writes.

CNN has reached out to a spokesman for Trump.

On August 24, NARA staff informed the committee that the agency is not certain whether all presidential records are in its possession, according to Maloney's letter.

As a result, Maloney not only asks NARA to seek from Trump a personal certification in writing that he surrendered all presidential as well as classified materials but also that he "has not made any copies or reproductions of such materials, and has not transferred any records or government documents to any party other than NARA or DOJ since his term ended."

The letter notes that Trump's former national security adviser, John Bolton, expressed concern the former President "might have transferred classified documents to other clubs, such as Bedminster National Golf Club, where he recently hosted a professional golf tournament sponsored and attended by foreign nationals."

The House Oversight Committee has been conducting its own investigation into Trump's handling of presidential records, separate from the ongoing Justice Department probe that led to the search of Trump's Mar-a-Lago estate last month and the seizure of thousands of documents, including some marked classified.