Here's who is not eligible for Biden's marijuana pardon 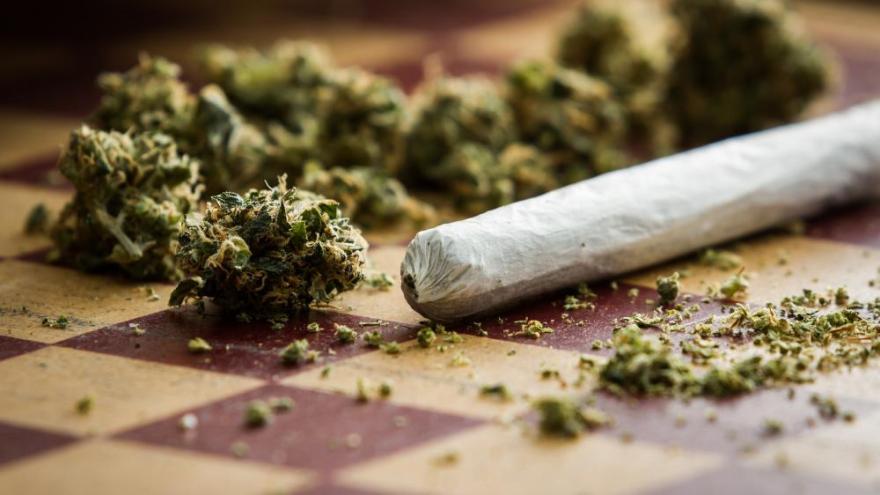 President Joe Biden announced that he’s pardoning individuals charged with simple marijuana possession on a federal level, but his decision does not affect broad groups of Americans and non-citizens charged with the crime.

(CNN) -- President Joe Biden announced on Thursday that he's pardoning individuals charged with simple marijuana possession on a federal level, but his decision does not affect broad groups of Americans and non-citizens charged with the crime.

There's historical precedent for mass application of the presidential pardon power, but the sheer size of Biden's pardon list stands out among most recent predecessors. The White House estimates "6,500 people with prior federal convictions" and "thousands of such convictions under (Washington, DC) law could benefit from this relief."

While Biden is issuing pardons for federal charges of simple marijuana possession, his move on Thursday did not decriminalize the drug and it remains a federal crime to possess small amounts of marijuana on federal land. Biden did announce an expedited review of how marijuana is scheduled under federal law -- a move that could change how the drug is regulated in the United States and could help guide criminal laws.

In a video announcing his executive actions, Biden said that "no one should be in jail just for using or possessing marijuana."

"It's legal in many states, and criminal records for marijuana possession have led to needless barriers to employment, housing, and educational opportunities," he continued. "And that's before you address the racial disparities around who suffers the consequences. While White and Black and Brown people use marijuana at similar rates, Black and Brown people are arrested, prosecuted and convicted at disproportionate rates."

But despite those words, there is still a broad set people who will not see immediate relief from Biden's recent actions -- some who he could have pardoned and some who he doesn't have the power to pardon.

Among those who Biden does not have power to pardon are thousands of individuals who have faced state charges for simple marijuana possession.

The full scope of individuals who could be pardoned as a result of state clemency for simple marijuana possession is unclear, but available law enforcement data analyzed by the American Civil Liberties Union found that in 2018, for example, there were almost 700,000 marijuana arrests, which accounted for more than 43% of all reported drug arrests. Not all drug arrests, however, lead to charges nor are they all categorized as simple marijuana possession.

The President's presidential pardon power is limited to federal criminal cases and does not extend to state criminal charges. As part of his moves Thursday, Biden called on governors to issue similar pardons to those with state marijuana offense convictions.

Biden's presidential proclamation states that his pardon "does not apply to individuals who were non-citizens not lawfully present in the United States at the time of their offense."

This suggests that undocumented immigrants will not be pardoned for existing federal charges for simple marijuana possession.

But a senior administration official on Thursday noted that as a result of Biden's proclamation, "anyone who has committed that offense could not be prosecuted federally, at this point, based on that conduct."

The official did not make a distinction between citizens and non-citizens.

Data from the US Sentencing Commission indicates that some 72% of federal offenders in a case of marijuana possession were, on average, non-citizens between fiscal year 2015 and fiscal year 2021. But it's not clear how many non-citizens count as "lawfully" or "unlawfully" present in the country.

Matt Cameron, a Boston-based immigration attorney who also teaches immigration policy at Northeastern University, told CNN that the decision to not include non-citizens who were not lawfully present could have dire consequences for some people.

"If you're in deportation proceedings or applying for a visa or applying green card, and you're charged for possession, you will be denied. And you won't be eligible for a waiver," he said.

The Department of Justice says that federal marijuana possession offenses that occur after October 6, 2022 -- the date of the presidential proclamation -- will not protect individuals from being charged down the road.

However, the pardon does apply to pending federal simple marijuana possession charges, including those where conviction has not been obtained by October 6.

Individuals charged with other offenses

In a statement about his presidential proclamation, Biden emphasized that "even as federal and state regulation of marijuana changes, important limitations on trafficking, marketing, and under-age sales should stay in place."

While Biden's pardons will impact thousands who face simple possession charges, the act of clemency will not apply to all types of federal marijuana offenses.

"Conspiracy, distribution, possession with intent to distribute, and other charges involving marijuana are not pardoned by the proclamation," the Justice Department says.

The move also is not expected to remove any individuals from prison.

The administration official speaking to reporters on Thursday said that "there are no individuals currently in federal prison solely for simple possession of marijuana."

CORRECTION: An earlier version of this story misstated the proportion of non-citizens who were federal offenders in marijuana possession cases.