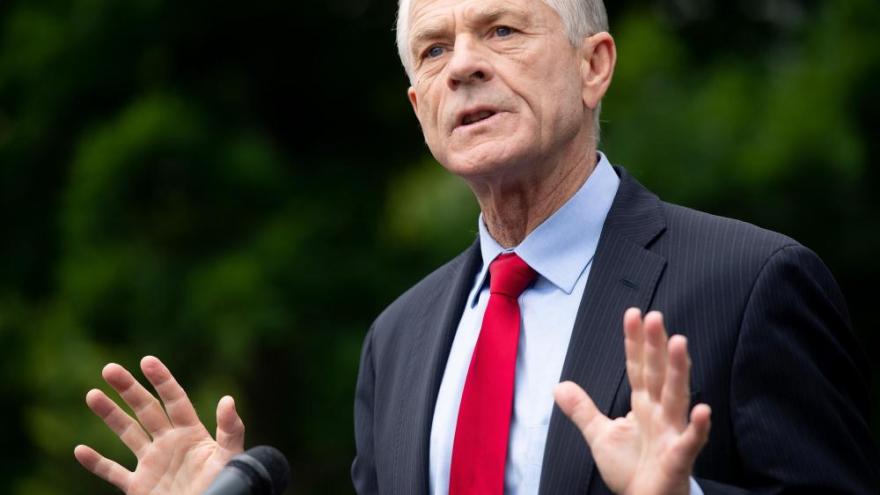 Peter Navarro speaks to the press outside of the White House in June 2020.

(CNN) -- A federal grand jury has indicted former Trump White House adviser Peter Navarro for contempt of Congress after he refused to cooperate in the House January 6 committee's investigation.

According to the Justice Department, Navarro will make an appearance in court Friday at 2:30 p.m. ET in Washington.

He faces two contempt counts: one for his failure to produce documents demanded by the committee and the second for failing to show up for subpoenaed testimony before House investigators.

The House had voted in April to refer Navarro to the Justice Department for not complying with the select committee's February subpoena.

Navarro had claimed that he was unable to cooperate because former President Donald Trump had asserted executive privilege in the matter. The committee had countered those arguments by citing for example that many of the topics it wanted to discuss with him he had already written about in great detail in his book.

The indictment comes after Navarro revealed Monday that he had been subpoenaed by federal prosecutors who were seeking documents related to his decision. Navarro said in an interview with MSNBC Thursday night that he "responded" to the Justice Department, but he declined to say he would be willing to turn over the documents requested by prosecutors.

The subpoena from the US Attorney's Office for the District of Columbia specifically requests "all documents relating to the subpoena dated February 9, 2022, that you received from the House Select Committee to investigate the January 6, 2021 attack on the U.S. Capitol, including but not limited to any communications with former President Trump and/or his counsel or representatives."