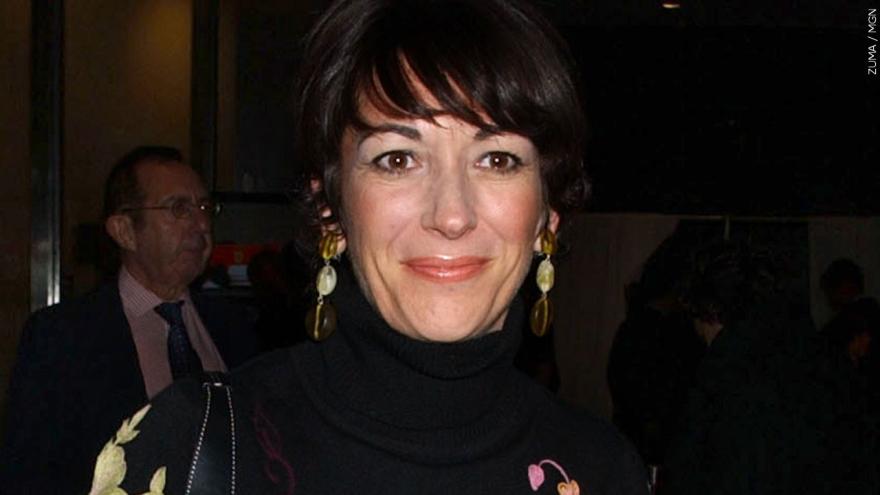 Ghislaine Maxwell was sentenced to 20 years in prison Tuesday for carrying out a years-long scheme with her longtime confidante Jeffrey Epstein to sexually abuse underage girls.

Ghislaine Maxwell is set to be sentenced Tuesday for her sex trafficking conviction connected to her role facilitating Jeffrey Epstein's sexual abuse of underage girls.

Maxwell, 60, was convicted in December on five of six counts against her, including sex trafficking of a minor, transporting a minor with the intent to engage in criminal sexual activity and three related counts of conspiracy. She was acquitted on one charge of enticing a minor to travel to engage in illegal sex acts.

The British socialite will be sentenced on only three counts after Judge Alison Nathan agreed that two of the conspiracy counts she faced were repetitive.

Prosecutors have asked the judge to sentence Maxwell to 30 to 55 years in prison, which is on par with federal sentencing guidelines, though the probation department recommended 20 years.

Maxwell's attorneys requested a more lenient sentence of between 4.25 and 5.25 years in prison, calling it a "travesty of justice" if Maxwell faces a sentence more appropriate for Epstein himself.

The sentencing represents a pivotal moment in an international sex trafficking case that stretched over decades and exemplified the ways that the rich and powerful can avoid consequences for their actions.

Epstein, who pleaded guilty in 2008 to state prostitution charges, was indicted on federal sex trafficking charges in July 2019 but died by suicide in prison a month later.

Maxwell, Epstein's former girlfriend and longtime associate, has been detained since her arrest in July 2020. Her attorneys say her time behind bars has been a "disproportionate pre-sentence punishment" that will not end now that she's housed with the general population.

"Ms. Maxwell has already experienced hard time during detention under conditions far more onerous and punitive than any experienced by a typical pretrial detainee, and she is preparing to spend significantly more time behind bars," Maxwell's attorneys said in their sentencing recommendation. "Her life has been ruined. Since Epstein's death, her life has been threatened and death threats continue while she is incarcerated."

Prosecutors disputed Maxwell's claims of maltreatment at the Metropolitan Detention Center. They said in their sentencing recommendation that Maxwell has "enjoyed remarkable privileges as a high-profile inmate that vastly exceed the benefits accorded to the average inmate," including access to a private shower, television, desktop computer, laptop and her own space to spend time outside of her cell.

Officials at the Brooklyn detention facility where Maxwell is being housed said she was placed on suicide watch over the weekend after they grew concerned she was at "heightened risk of self-harm" ahead of her sentencing.

Prosecutors said Maxwell refused to answer questions from psychology staff about why she fears for her safety but did tell staff she was not suicidal. Prosecutors said the warden told them she would remain on suicide watch until she is "no longer at heightened risk of self-harm."

A fellow inmate wrote a letter to the judge praising Maxwell's positive interactions with other prisoners and her volunteer work teaching yoga and helping inmates obtain their GED diploma.

"It's important to know that there are also positive opinions, some of which are among inmates in the unit," the inmate said in her letter.

What happened at the trial

Prosecutors argued Maxwell and Epstein conspired to set up a scheme to lure young girls into sexual relationships with Epstein from 1994 to 2004 in New York, Florida, New Mexico and the US Virgin Islands. Four women testified during the trial that Epstein abused them and that Maxwell facilitated the abuse and sometimes participated in it as well.

Her defense, meanwhile, said she was a "scapegoat" for Epstein's actions and attacked the memories and motivations of the women who say they were sexually abused.

The prosecution's case rested primarily on the testimony of the four women.

Jane, testifying under a pseudonym, said Maxwell organized sexual massages with Epstein and sometimes joined in the abuse. The charges of enticing -- on which Maxwell was acquitted -- and transporting relate to testimony solely from her.

Carolyn, who testified using only her first name, said that when she was 14, Maxwell touched her breasts, hips and buttocks and told her she "had a great body for Epstein and his friends." The child sex trafficking count -- the most serious of all the charges -- relates to her testimony.

A woman identified as "Kate" testified Maxwell invited her over and directed her how to give Epstein a sexual massage. She said Maxwell spoke often of sexual topics with her and asked Kate to invite other young girls for Epstein's sexual desires.

The jury was instructed it could not convict Maxwell on any of the counts based solely on testimony from Kate as she was over the age of consent at the time of the events but jurors could consider Kate's allegations in addition to testimony from the three other women.

Annie Farmer, the only accuser to testify by her full name, said that she was 16 when Maxwell massaged her naked chest at Epstein's New Mexico ranch in 1996.

In her impact statement, Farmer asked the judge to consider the lasting effects of Maxwell's behavior on her victims.

"Judge Nathan, I hope when you consider the appropriate prison sentence for the role Maxwell played in this sex trafficking operation, you take into account the ongoing suffering of the many women she abused and exploited as we will continue to live with the memories of the ways she harmed us," she wrote. "I hope you weigh the systemic effects of the crimes she perpetrated -- the ways that our family members, romantic partners, and friends have been hurt through our suffering."

Kate also penned a victim impact statement detailing the manipulation she says she endured from Maxwell to benefit Epstein.

"I witnessed on numerous occasions, over many years, Ghislaine Maxwell trying to recruit other girls and making consistent and insistent demands on me and others to do the same," she wrote.

"I witnessed her relentless and insatiable drive to meet the sexual needs of Epstein, at any cost to the vulnerable girls and women, upon whom she preyed and fed to Epstein and other powerful men, to whom she wished to ingratiate herself. There was never any ambiguity or doubt about her having full knowledge of what was to take place once she recruited girls," she said in her victim impact statement.

Virginia Roberts Giuffre did not testify at trial but was included as a victim in the indictment and was referenced frequently during witness testimony at trial. She directed her written statement personally to Maxwell.

"I want to be clear about one thing: without question, Jeffrey Epstein was a terrible pedophile. But I never would have met Jeffrey Epstein if not for you," she wrote. "For me, and for so many others, you opened the door to hell. And then, Ghislaine, like a wolf in sheep's clothing, you used your femininity to betray us, and you led us all through it."

In the defense's sentencing memo, Maxwell's attorneys said she suffered a "difficult, traumatic childhood" with an overbearing father, leaving her "vulnerable" to Epstein, and meeting him was the "biggest mistake she made in her life."

Prosecutors called the notion "absurd and offensive" in their responding memo.

"Maxwell was an adult who made her own choices. She made the choice to sexually exploit numerous underage girls. She made the choice to conspire with Epstein for years, working as partners in crime and causing devastating harm to vulnerable victims. She should be held accountable for her disturbing role in an extensive child exploitation scheme," the prosecution memo says.

"The lenient sentence the defendant seeks would send the message that there is one system of laws for the rich and powerful, and another set for everyone else."

The judge previously denied a post-trial motion from Maxwell's attorneys to have her sex trafficking convictions dropped.

"The testimony and other trial evidence established the Defendant's role in grooming and recruiting underage girls and using the cover of massage to perpetrate sexual abuse," Nathan wrote in her opinion.

Maxwell also lost her bid for a new trial earlier this year. Her defense team argued for a mistrial over a juror who revealed in post-trial media interviews that he was a victim of sexual abuse as a minor, a fact he failed to disclose on a pretrial jury selection questionnaire.

In a 40-page opinion, the judge found the juror's lack of attention regrettable but also noted the bar for setting aside a guilty verdict is high.