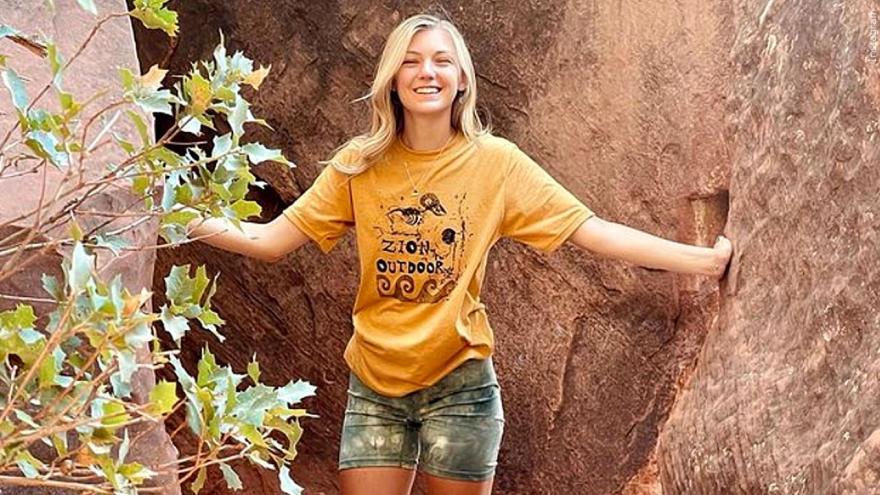 A Sarasota County, Florida, judge ruled Thursday in favor of Gabby Petito's family in a wrongful-death lawsuit against the estate of Brian Laundrie.

(CNN) -- A Sarasota County, Florida, judge ruled Thursday in favor of Gabby Petito's family in a wrongful-death lawsuit against the estate of Brian Laundrie.

The final judgment awards $3 million to Petito's mother, Nichole Schmidt, as the administrator of Petito's estate.

"The Petito family lost their daughter, and they were also denied the opportunity to confront her killer," Patrick Reilly, attorney for Petito's parents, said in a statement to CNN. "No amount of money is sufficient to compensate the Petito family for the loss of their daughter, Gabby, at the hands of Brian Laundrie. Brian did not have $3 million; it's an arbitrary number. Whatever monies they do receive will help Gabby's family in their endeavors with the Gabby Petito Foundation."

The trial scheduled for December will not be held, according to Reilly. The curator of Laundrie's estate did not immediately respond to CNN's request for comment.

"Joseph Petito and Nichole Schmidt wish to turn their personal tragedy into a positive. It is their hope that Gabby's foundation will bring these important issues into the forefront of the public eye to the benefit of all our communities," Reilly said.

Gabby Petito, 22, was at the center of a nationwide search last year when she was reported missing after she embarked on a cross-country trip with Laundrie, her fiancé.

Petito's remains were found in Teton County, Wyoming, in September, a little more than a week after her family reported her missing. She died by strangulation, the coroner ruled.

Laundrie returned to the couple's home on September 1 by himself, left again roughly two weeks later and disappeared. Laundrie's body was later found in the area of a Florida nature reserve near his home in Sarasota County and a medical examiner ruled he died by suicide.

Nearby, authorities found a notebook in which they said Laundrie claimed responsibility for Petito's death.

Petito's family also filed another lawsuit in May against Christopher and Roberta Laundrie, alleging they knew their son Brian murdered Petito, knew "the whereabouts of her body," and were working to help him flee the country, CNN previously reported.