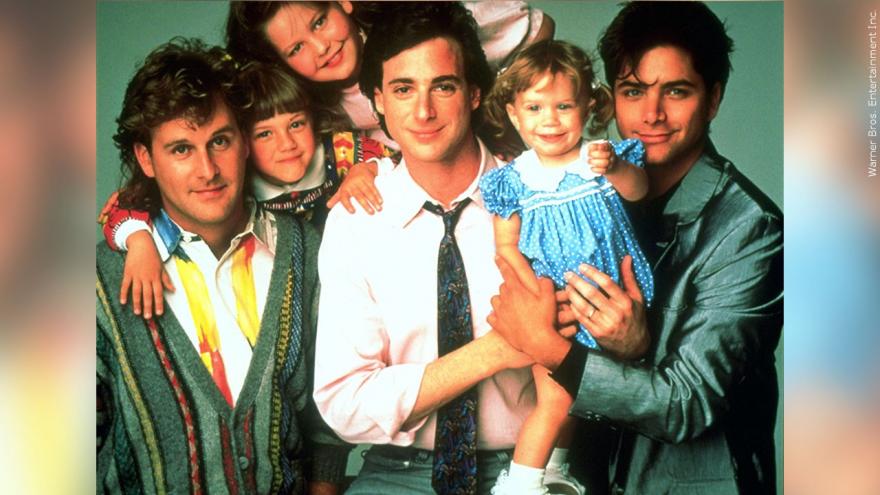 (CNN) -- Comedian and actor Bob Saget, who died Sunday at age 65, is being remembered for his humor and kindness by his friends and former colleagues.

John Stamos led the tributes, writing about his former "Full House" co-star, that he is "broken" over his death.

"I am broken. I am gutted. I am in complete and utter shock. I will never ever have another friend like him. I love you so much Bobby," Stamos wrote.

Candace Cameron Bure, who played one of his daughters on "Full House," also paid tribute.

"I don't know what to say," Bure tweeted. "I have no words. Bob was one of the best humans beings I've ever known in my life. I loved him so much."

Whoopi Goldberg paid respect, writing, "Sail on my friend Bob Saget With your huge heart and abject lunacy, my condolences to his daughters & other family."

"Bob Saget was as lovely a human as he was funny. And to my mind, he was hilarious. We were close friends and I could not have loved him more," Lear wrote in a statement on social media.

B.J. Novak took to Twitter with condolences, writing, "I have always and will always love Bob Saget."

Saget had recently appeared on a podcast with Novack, writing on Twitter: "Loved talking with B.J. so much about The Office, his movie roles, @ThePremise -his show I love on FX on Hulu, and more- He's so dammed funny and talented."

Marc Maron, who reminisced about having Saget on his podcast, wrote, "Oh no. RIP Bob Saget. Truly one of the nicest guys and so funny. Very sad."

Comedy Central paid tribute to the comedian, writing on Twitter, "Bob Saget was a beloved and boundary-pushing comedian. He'll be missed."

Kat Dennings, who acted alongside Saget in the sitcom "Raising Dad," called Saget the "the loveliest man."

"Oh god. Bob Saget!!! The loveliest man. I was his TV daughter for one season and he was always so kind and protective. So so sorry for his family," she wrote.