Formula One plans to become carbon neutral by 2030 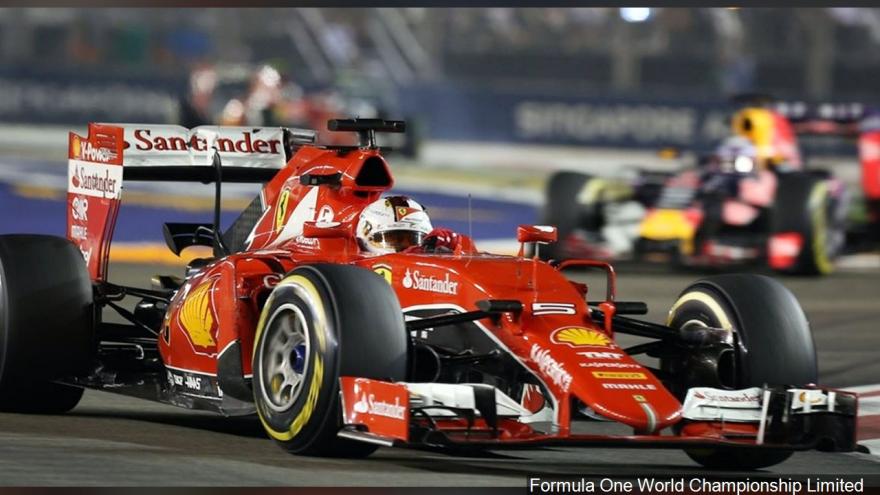 (CNN) -- Formula One has announced a new 10-year plan to "change the face of the sport" and become carbon neutral by 2030.

The sport has faced increasing criticism over its current yearly output of 255,000 tonnes of carbon dioxide given the climate emergency.

Only 0.7% of F1's emissions come from the cars on track, with the majority of the sport's carbon footprint -- excluding fan travel -- resulting from teams and equipment traveling to races around the world.

Teams will look to reduce the number of people that travel to each race, instead using improved communication technology to allow strategists and analysts to work remotely back at headquarters.

F1 also wants to increase the use of rail and road travel to transport kit to races as a way of reducing air miles.

Despite the small percentage of emissions caused on-track, the sport is changing to use improved biofuels made up of biological material, such as algae.

"Over its 70-year history, F1 has pioneered numerous technologies and innovations that have positively contributed to society and helped to combat carbon emissions," F1 CEO Chase Carey said.

"From ground-breaking aerodynamics to improved brake designs, the progress led by F1 teams has benefited hundreds of millions of cars on the road today.

"We believe F1 can continue to be a leader for the auto industry and work with the energy and automotive sector to deliver the world's first net zero carbon hybrid internal combustion engine that hugely reduces carbon emissions around the world."

READ: F1 duo starstruck by astronauts' 'mission for the good of humanity'

F1 also wants to reduce the environmental impact of each race weekend. By next year, it aims to remove of all single-use plastics and by 2025 all waste produced will be compostable, re-usable or recyclable.

By 2030, all power at every event will be from a renewable energy source and its offices, facilities and factories will be 100% renewably powered, says F1.

Local environmental groups will also be consulted to protect the biodiversity in the areas around race events and minimize the impact of the sport on local wildlife.

Meanwhile fans will be provided with incentives to make their journeys to and from race events as green as possible and also provide opportunities for local people and businesses to become more involved.

F1 says these aims are "ambitious, yet achievable" and it will begin implementing carbon reduction projects immediately.

"Our commitment to global environmental protection is crucial," FIA president Jean Todt said. "It is not only very encouraging for the future of motorsport, but it could also have strong benefits for society as a whole.

This strategy is in line with initiatives started some years ago by the FIA with the creation of the Environmental Accreditation Programme and researches on renewable racing fuel.

"With the involvement of the teams, drivers, F1's numerous stakeholders, and crucially the millions of fans around the world, the FIA and Formula 1 are committed to driving development and ensuring motorsport grows as a laboratory for environmentally beneficial innovations."

"It's not the easiest because yes, we are traveling around the world," Hamilton, who is a vegan, told reporters ahead of the Mexican Grand Prix.

"We are racing Formula One cars. Our carbon footprint, for sure, is higher than the average home owner who lives in the same city.

"But that doesn't mean you should be afraid to speak out about things that can be for a positive change."

In a series of Instagram posts Hamilton labeled the world a "mess" and wrote that he felt like "giving up on everything" before encouraging everyone to go vegan.

But the Mercedes driver suffered a backlash over the posts, with some claiming his messages were hypocritical considering F1's carbon footprint.

According to CleanTechnica, a single team could travel over 109,000 air miles over the 21-race calendar, meaning in total, all ten teams would be burning approximately 147 million pounds of carbon dioxide just to showcase the sport around the globe.