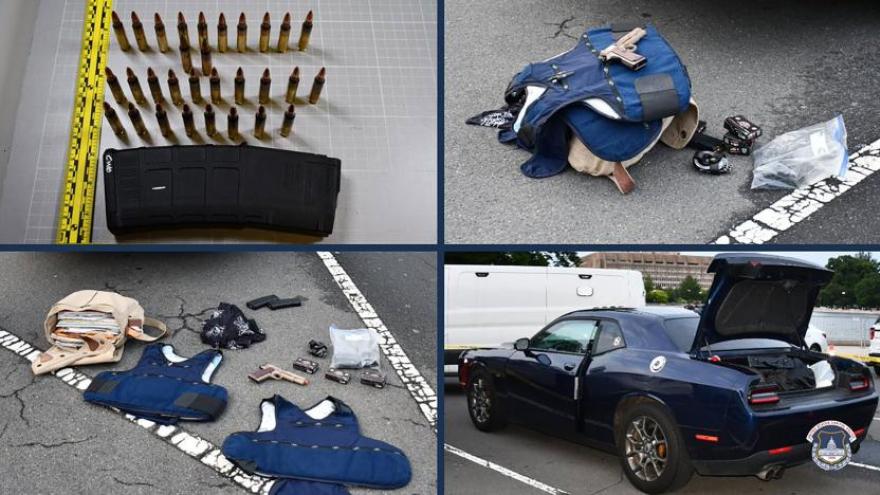 The United States Capitol Police have charged a Michigan man, 53-year-old Jerome Felipe, with unlawful possession of high-capacity magazines and unregistered ammunition, according to the agency.

(CNN) -- The US Capitol Police on Friday charged a retired New York police officer with unlawful possession of high-capacity magazines and unregistered ammunition, according to the agency.

Officers arrested Jerome Felipe of Michigan around 5 a.m. ET Friday, the agency said. Felipe had parked his 2017 Dodge Challenger near the Capitol and allowed officers to search it, according to a USCP statement.

Felipe, 53, presented officers with a fake badge with the words "Department of the INTERPOL" printed on it, and made a statement that he was a criminal investigator with the agency, USCP said.

The incident is under further investigation.

This story has been updated to reflect a corrected news release from the US Capitol Police identifying the vehicle involved as a 2017 Dodge Challenger.