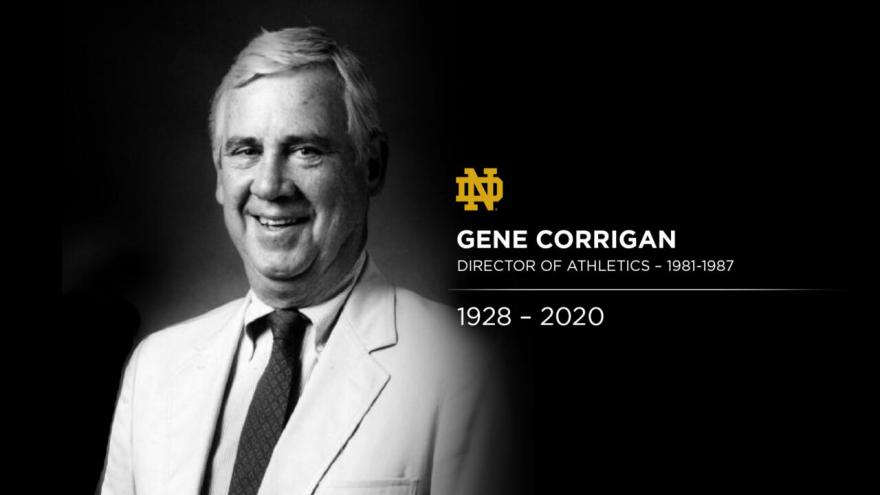 NDWBB Coach Muffet McGraw is now the only Varisty Head Coach hired by Corrigan that remains at the University.

“I am so grateful for the opportunity Gene gave me when he hired me and his support for women’s athletics,” McGraw said. “I had such a great respect for him. He was so highly admired in all of sport and he always inspired people to be their best. He’s a great role model for coaches to look up to.”


Memorial services for Gene Corrigan have not yet been released.